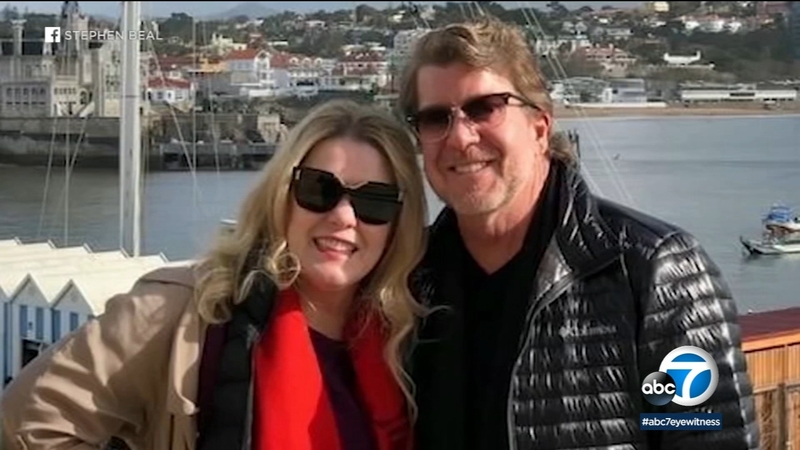 DOWNTOWN LOS ANGELES (KABC) -- The federal trial of a Long Beach man accused of a deadly bombing at an Orange County spa four years ago got underway in downtown Los Angeles on Thursday.

More than 100 witnesses are expected to be called up to the stand to testify in the trial against Stephen Beal.

The government's goal is to prove to the jury that Beal planted the bomb that killed his ex-girlfriend, Ildiko Krajnyak.

The blast killed Krajnyak and injured two other women.

Witnesses say Karjnyak was killed when she opened a cardboard box and it exploded.

Beal is charged with the use of a weapon of mass destruction, malicious destruction of a building resulting in Krajnyak's death and use of a destructive device during and in relation to a crime of violence.

Stephen Beal of Long Beach was arrested in connection with the 2018 explosion in Aliso Viejo that killed his former girlfriend and business partner.

During their opening statement, prosecutors with the U.S attorney's office said Beal wanted to destroy his ex-girlfriend.

Annamartine Salick, assistant U.S. attorney and chief for the U.S. Department of Justice's terrorism and export crimes section for the Central District of California, said Beal developed a bomb and planted it at the Magyar Kozmetica spa he co-owned with the victim on May 11, four days before the explosion.

They said chemicals detected at the scene were similar to those also detected inside of Beal's car.

In addition, the prosecution said a partially destroyed battery and bits of wire recovered at the scene were determined to be part of the bomb and that there were "no meaningful differences" between bits of wire found at the scene and wire from a device found at Beal's home.

They said the destroyed battery also matched one Beal allegedly bought a week before the blast.

Beal's defense attorneys, including Michael Schachter, said the FBI was desperate to find the person responsible as soon as possible and used snap judgment to go after Beal.

They said Beal called police after the explosion and cooperated with the investigation by allowing investigators to search his home and phone.

The defense said supplies found at Beal's home were related to his hobby of rockets and fireworks and a massive renovation of Beal's home.

They said the FBI disregarded clear evidence of Beal's innocence and never pursued other possible suspects.

They believe the bomb was planted at the scene the day before or the morning of the explosion.

Several people have been called up to testify including a 911 dispatcher, a witness to the blast, first responders and one of Krajnyak's clients who was there at the time of the explosion.

Some of them described hearing and feeling the blast as well as seeing body parts outside of the damaged building.

The trial is expected to last up to seven weeks.

Beal faces a possible sentence of life without parole in federal prison if convicted.