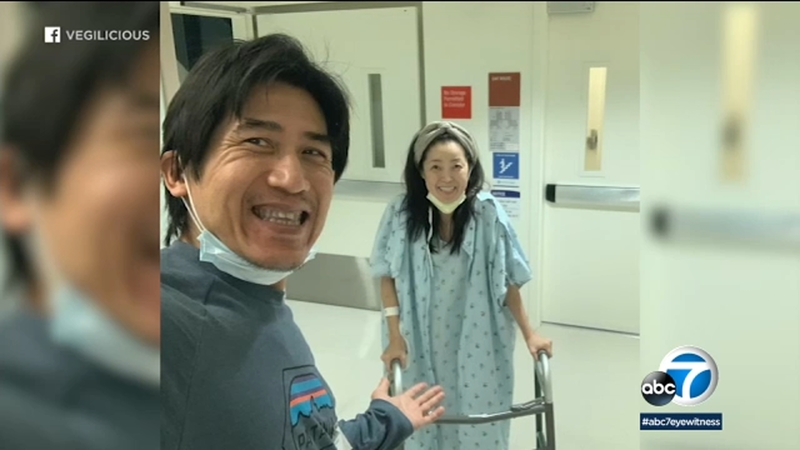 OC couple struggling after burn injury at their restaurant

HUNTINGTON BEACH, Calif. (KABC) -- An Orange County couple is struggling to find their footing and keep their business open after a horrific accident saddled them with costly hospital bills. Now, the community is rallying to help them out.

"While she was serving the table, her pants caught on fire from the heater and the fire instantly got really big," Nakao said.

She'd gotten too close to a portable butane heater she had placed on the patio for her customers. The flames covered her body and Ana suffered second and third-degree burns below the waist.

Ana has been in the hospital for a month and has already had three surgeries, which have included getting skin grafts.

For the first week after the incident, Nakao said they didn't know if she would survive. But she did.

Now, the community has rallied around the couple and their horrific ordeal by creating a GoFundMe page to raise $2.5 million for the couple who have limited insurance.

Nakao has had a difficult time keeping their restaurant open since he and Ana are the only two employees of the all-natural vegan Japanese cafe.

The owner of a neighboring business, Slice of New York, has watched the couple's business grow and described them as hard workers.

Ana has a unique perspective about what the flames did to her - and it shows optimism.

"She said she's going to be reborn again with this accident. So I was really encouraged (by) her words," her husband said, adding that he'll stay by his wife's side and they will recover together.