Orange May parade returns after 28 years 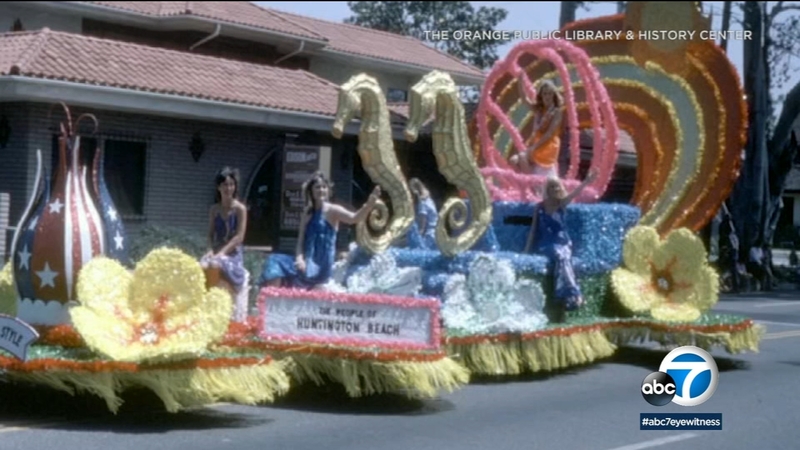 Orange May parade returns after 28 years

ORANGE, Calif. (KABC) -- For the first time since making its last run 28 years ago, the Orange May parade will make a return to Old Towne Orange on Saturday.

Originally called the May Festival parade, the event began in 1933, celebrating the start of the Valencia orange packing season.

Schools, community groups and businesses would participate, putting on a show for people lining the streets near the plaza.

Until 1991, when the city's money for the parade ran out.

"There was kind of a recession at that time and they couldn't sponsor the parade anymore so it went away, for 28 years it's been gone," said Elizabeth Holloman, the chair of the Orange May parade.

Holloman and her sister Barbara both remember going to the parade and now are spearheading its return.

On Saturday, 150 entrants will make their way around the plaza, reviving a piece of the city's history.

"This year's theme is, 'A nostalgic look into our city's future,'" said Holloman. "So we're turning back the page but we're going forward."
The Orange Chamber of Commerce is helping fund the revival, which will benefit three local nonprofits: Youth Centers of Orange, the Orange senior center and Home Aid.

Organizers say the goal is to celebrate this tight-knit community's rich history.

"People have remembered the May festival as kids marching in it and they're so excited that they can come back and see it again and now it's time for their kids to march in it," said Al Ricci, from the Orange Chamber of Commerce.