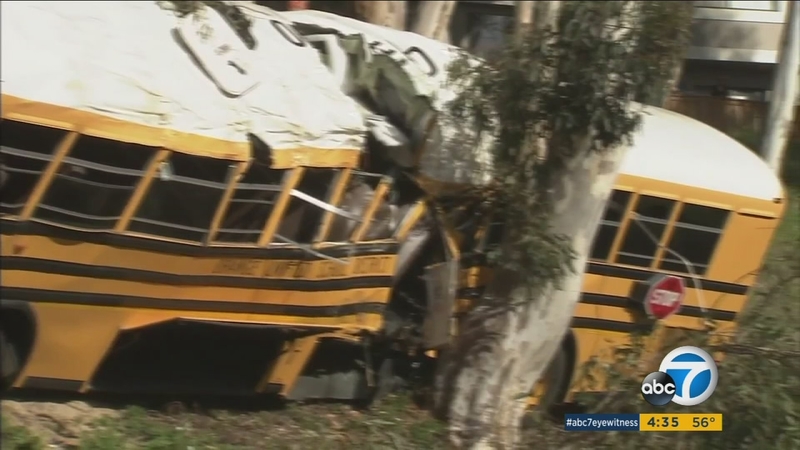 ANAHEIM HILLS, Calif. (KABC) -- A school district has agreed to pay $10 million to the families of children injured in a tragic school bus crash in Anaheim Hills back in 2014.

The Orange Unified School District reached the settlement with the families of five students who suffered devastating injuries after three years of legal wrangling.

The bus veered off the road and crashed into several trees, causing extensive damage.

CHP said Rupple was arrested for failing to tell the school district about a medical condition that causes blackouts.

The teen suffered a brain injury that may require long-term care.

"Great relief for them, primarily because now their son can be taken care of and get the help he needs," Aitken said. "Getting the medical care he needs to be able to resume his high school career. We hope and expect he has a bright future ahead of him, but it's going to take a lot of work."

"He made a mistake, he made a misjudgment. All we ever asked is that the school district take responsibility," Aitken explained.

Rupple faces charges of child endangerment, inflicting great bodily injury and lying to authorities about his medical condition. His trial is scheduled to begin on Feb. 17.