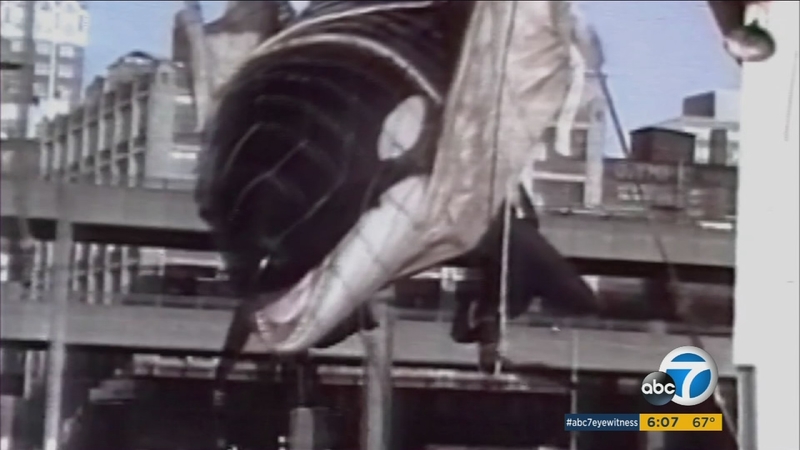 SANTA MONICA, Calif. (KABC) -- A local congressman is taking on SeaWorld, introducing a federal bill that would ban the captivity of killer whales and end the park's famed Shamu show nationwide.

"It would mean no more wild capture, no more breeding. We would essentially phase out the captive orcas that are currently in these water parks," said Schiff.

The piece of legislation will take aim at the world's most famous Orca show provider -- SeaWorld.

The marine animal theme park company has come under increased scrutiny thanks to the 2013 documentary Blackfish, which criticized SeaWorld's treatment of killer whales.

While Berg and other animal activists are fighting for the captive orca ban, SeaWorld is fighting back and saying Schiff's orca act is dangerous and unnecessary.

The company said it has not captured a whale in the wild in 35 years and it does not intend to do so.

SeaWorld sent ABC7 a recorded statement and video of employees working with killer whales. It points to all the animal rescue services the company provides, including working to free whales tangled in fishing nets off the California coast.

If the legislation is successful, experts say most of the killer whales cannot be released into the wild and instead suggest the orcas live out their lives in sprawling sea pens.

"An area, a cove that's cordoned off or a larger sea pen where they'll have a lot more space in a more natural environment, but they'll still need to be under human care," said Berg.