The Orionid meteor shower peaks tonight: How to watch

This year, the Orionids are competing with bright light from the full Hunter's Moon.
KABC 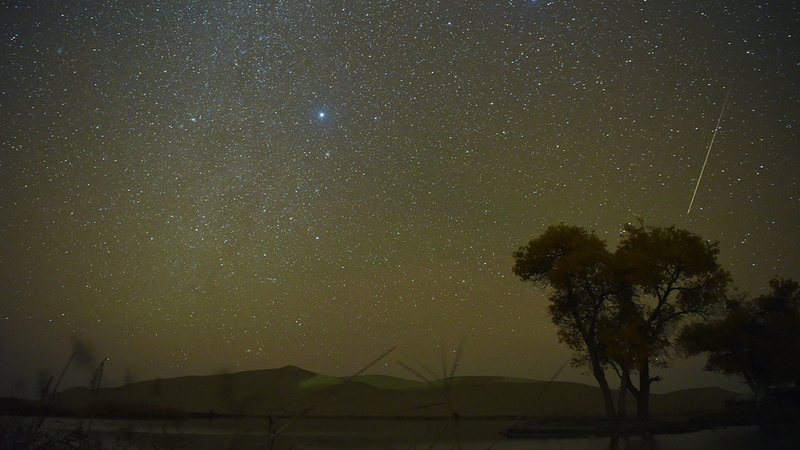 How to watch the 2021 Orionid meteor shower

Stargazers, make sure to set your alarms! The Orionid meteor shower peaks in the early morning hours Thursday.

Typically, the shower produces around 20 meteors per hour, which are known for their speed and brightness, according to AccuWeather.

This year, however, the Orionids are competing with bright light from October's full Hunter's Moon, said Andrew Fazekas, the "Night Sky Guy" and science columnist with National Geographic.

Andrew Fazekas, the "Night Sky Guy," has tips and tricks for watching upcoming meteor showers, seeing the planets and viewing the next full moon.

Luckily, these fireballs -- comet particles that range in size from that of a golf ball to a living room sofa -- should be visible even through light-pollution suburban areas, Fazekas said.

"We don't know when they happen. The best way to know is just to go out and see them," he said.

The Orionid meteors are particles that shed from Halley's Comet, the famous solar system body that appears in the night sky every 76 years. The comet's return to the inner solar system is slated for 2061.

The shower gets its name from Orion as the meteors appear to radiate from the bright autumnal constellation.