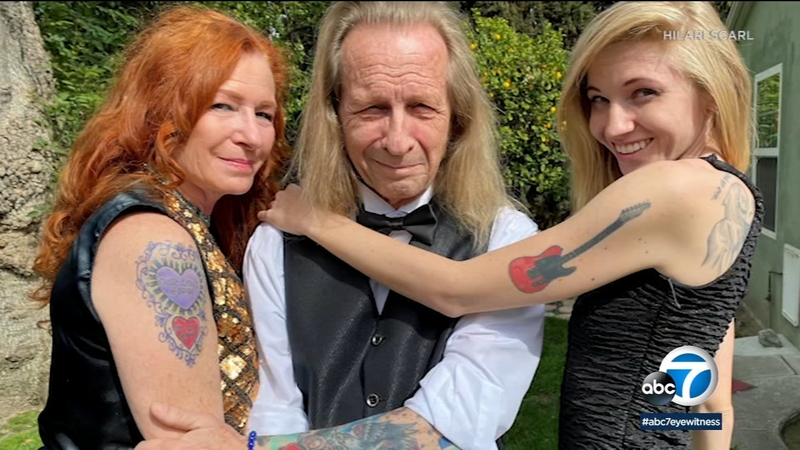 Of the 20 performers up for this year's Oscars, 11 are nominated for the first time.

One of the oldest of the bunch is also, perhaps, the youngest at heart.

Raci is now being celebrated for playing a guy who runs a sober house for the deaf.

He had his own demons once upon a time but he is now in the happily-ever-after part of his life.

He credits his wife, Liz, for helping him get the role that's been life-changing.

"She's the one who made the phone call to the casting directors to take a look at my tape, which was at the bottom of the pile there. Because they were inundated with tapes. Everybody and his uncle wanted to play this part," said Raci.

'I don't see how I could ever have a more perfect role than this.' Actor Paul Raci hits all the right notes in new movie 'Sound of Metal' that utilizes his music and sign language skills.

Actor Paul Raci hits all the right notes in new movie 'Sound of Metal' that utilizes his music and sign language skills.

Thanks to "Sound of Metal," Raci, the son of deaf parents, is ready to pay it forward with ideas he's got in the works for the deaf and disabled in the business.

"I've got some projects that are happening," he said. "People are interested in them. And we're going to open some doors here."

Acting is actually only one of Raci's jobs. He's often in court for another.

"I've been a legally certified interpreter for 30, 35 years and that's what I do every day. That's how I bought my house and every once in a while, I'll do some acting," Raci said.

He's the lead singer and signer for the Black Sabbath tribute band Hands of Doom.