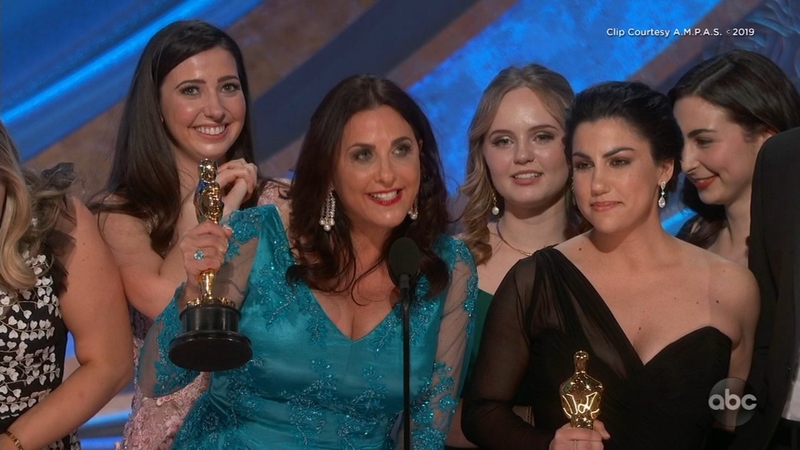 NORTH HOLLYWOOD, LOS ANGELES -- A Southern California teacher won an Oscar for best documentary short subject for "Period. End Of Sentence.," a film she helped create with some of her high school students.

Melissa Berton, a producer of the film and an English teacher at North Hollywood's Oakwood High School, was all smiles as she accepted her Oscar on the Academy Awards stage.

She automatically gave a shout-out to her students and then shared her award with all of those who can relate with the coming-of-age documentary.

"I share this with teachers and with students around the world. A period should end a sentence, not a girl's education," Berton said as she and her colleagues waved their Oscar statuettes.

The film is about a taboo subject - menstruation. There's no easy way to talk about it, but a group of high school students helped change the conversation. In 2013, Berton advised a group of Oakwood students, who were selected as United Nations delegates, to advocate for women and girls. That's when their journey to normalize menstruation began.