Surveillance video captured the duo - a man and a woman - running off with the dogs early Sunday morning.
KABC 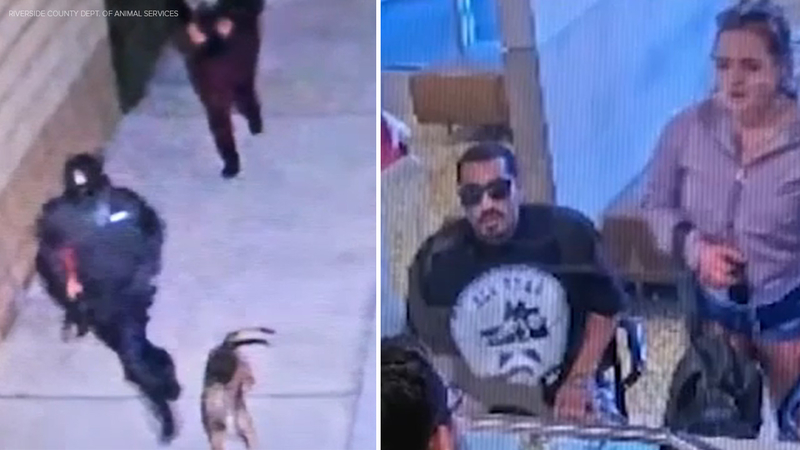 JURUPA VALLEY, Calif. (KABC) -- A pair of dognappers were caught on camera stealing three dogs from the Jurupa Valley Shelter.

Surveillance video captured the duo - a man and a woman - running off with the dogs early Sunday morning.

Authorities said when employees arrived at the shelter, they saw broken locks and noticed the dogs were gone.

They believe the owner and a female accomplice snatched the dogs. Officers reportedly took the animals from the owner after responding to reports of a dog bite.

When the officer arrived at the location where the reported bite occurred, one dog was roaming off the leash and two were tethered to a fence near a recreational vehicle, authorities said.

Police assisted in a dramatic rescue after a dog fell into a storm drain in Palm Springs Wednesday.

There was no one inside the RV parked at the scene, according to animal services. As there appeared to be no food or water for the animals, the officer impounded all three dogs.

Animal service officer Sean Fazio drove to the location in Jurupa Valley Sunday, but said the RV was not there.

"Public safety is paramount in an instance of a dog bite," Animal Services Director Erin Gettis said. "We had knowledge that one of these dogs committed a bite. It is unclear which of the three bit the victim, so we must impound all three in the interest of doing a proper quarantine."

State law requires animal control agencies to conduct a bite investigation anytime an animal has bitten a human and a 10-day quarantine period is required.