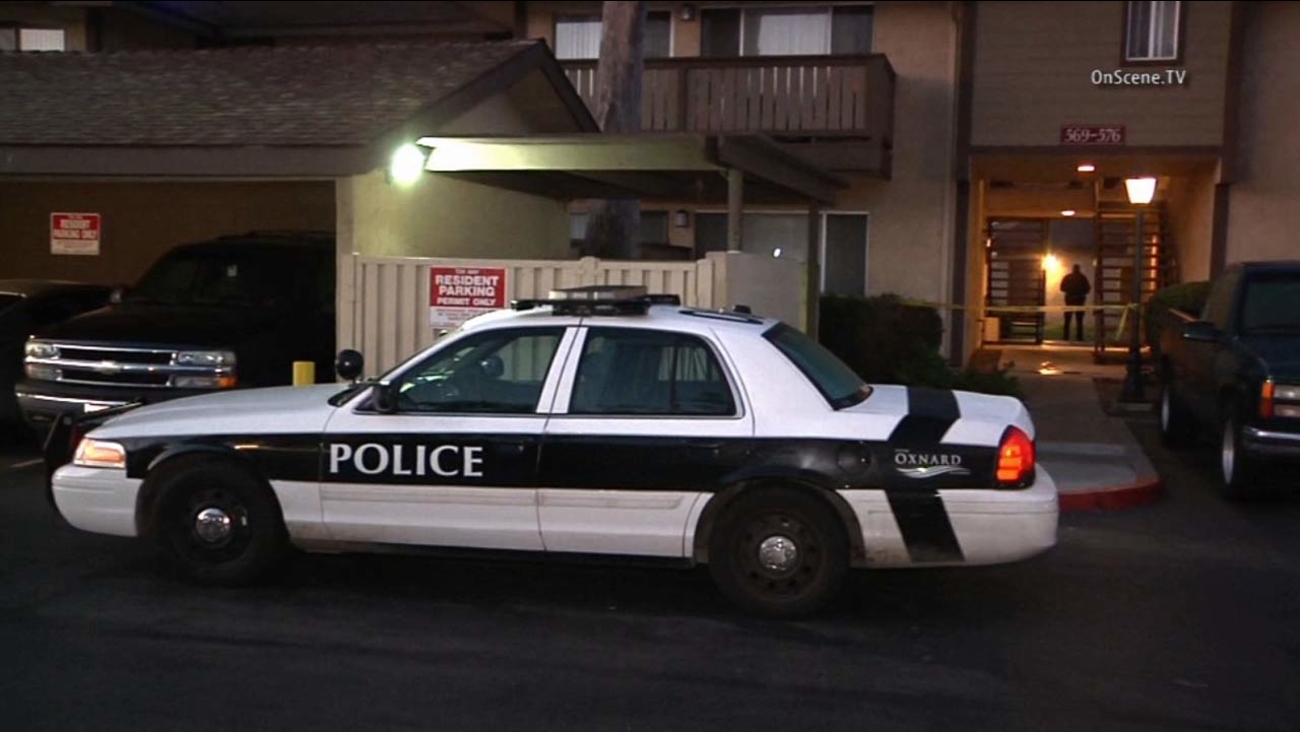 An Oxnard Police Department squad car sits in front of an apartment complex where a woman was killed in an officer-involved shooting on Saturday, March 28, 2015.

OXNARD, Calif. (KABC) -- A 26-year-old woman was killed in an officer-involved shooting after confronting an Oxnard police officer with a knife Friday morning.

At 1 a.m., a man called authorities about a domestic dispute between him and his live-in girlfriend in an apartment in the 500 block of West Vineyard Avenue.

As an officer at the scene began talking to the man who reported the argument, the woman approached them with a knife. An officer-involved shooting occurred and the woman, identified as Meagan Hockaday, was pronounced dead at the scene.

Three young children were inside the apartment during the incident and were taken to Oxnard Police Department for evaluation.

The 8-year veteran officer has been placed on administrative leave, which is standard police procedure. The investigation is ongoing.

Anyone with information is asked to contact Oxnard Police Department Det. Miguel Serrato at (805) 385-7688.