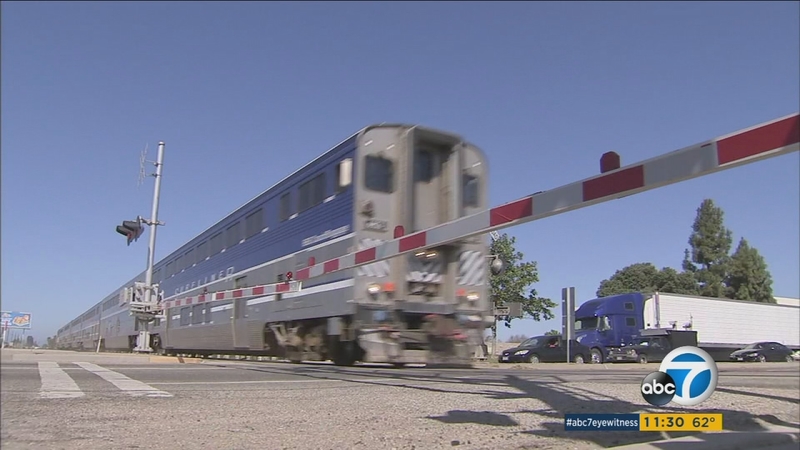 OXNARD, Calif. (KABC) -- A $1.5 million federal grant will go toward building a bridge over a railroad crossing in Oxnard known for dangerous accidents.

There have been multiple fatal accidents at the Union Pacific Railroad tracks on Rice Avenue over the years.

The grant, which was announced by city officials on Tuesday, is meant to improve safety at the heavily traveled intersection.

"Way too many accidents here. We've had deaths here. So this has to be very much at the top of the priority list," said California Rep. Julia Brownley.

Once the bridge is built, the railroad crossing at the intersection would be closed to vehicle traffic.

The total price tag to build the bridge is not cheap. The estimate is around $35 million, according to Sarah Feinberg with the Federal Railroad Administration.

"What you heard today was a down payment from the Federal Railroad Administration and also some local officials promising 10-and 20-percent matches," Feinberg said.

Some officials say they would have liked to see the federal government kick in a bigger slice of the funding.

"I am a member of the Transportation Infrastructure Committee. I absolutely support a much larger federal investment into infrastructure needs across our country," Brownley said.

Officials can't say when ground will be broken on the bridge project. That depends on coming up with the additional funding.