Hollywood's favorite mountain lion, P-22, is getting older but still doing well for his age 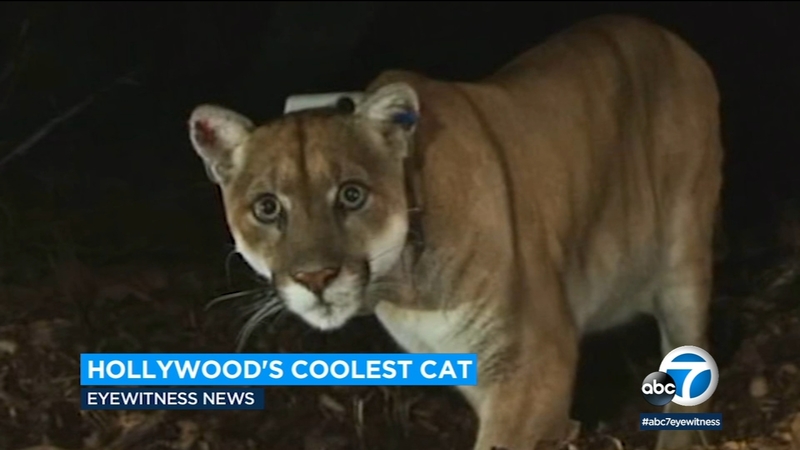 Brad Pitt vs. P-22: Who is Hollywood's coolest cat?

Known as P-22, the male cougar is thought to be the only mountain lion that calls Griffith Park home.

It's been ten years since he was first caught on an automated camera at night with the Hollywood sign illuminated behind him. The photograph went viral and catapulted the big cat to worldwide fame. 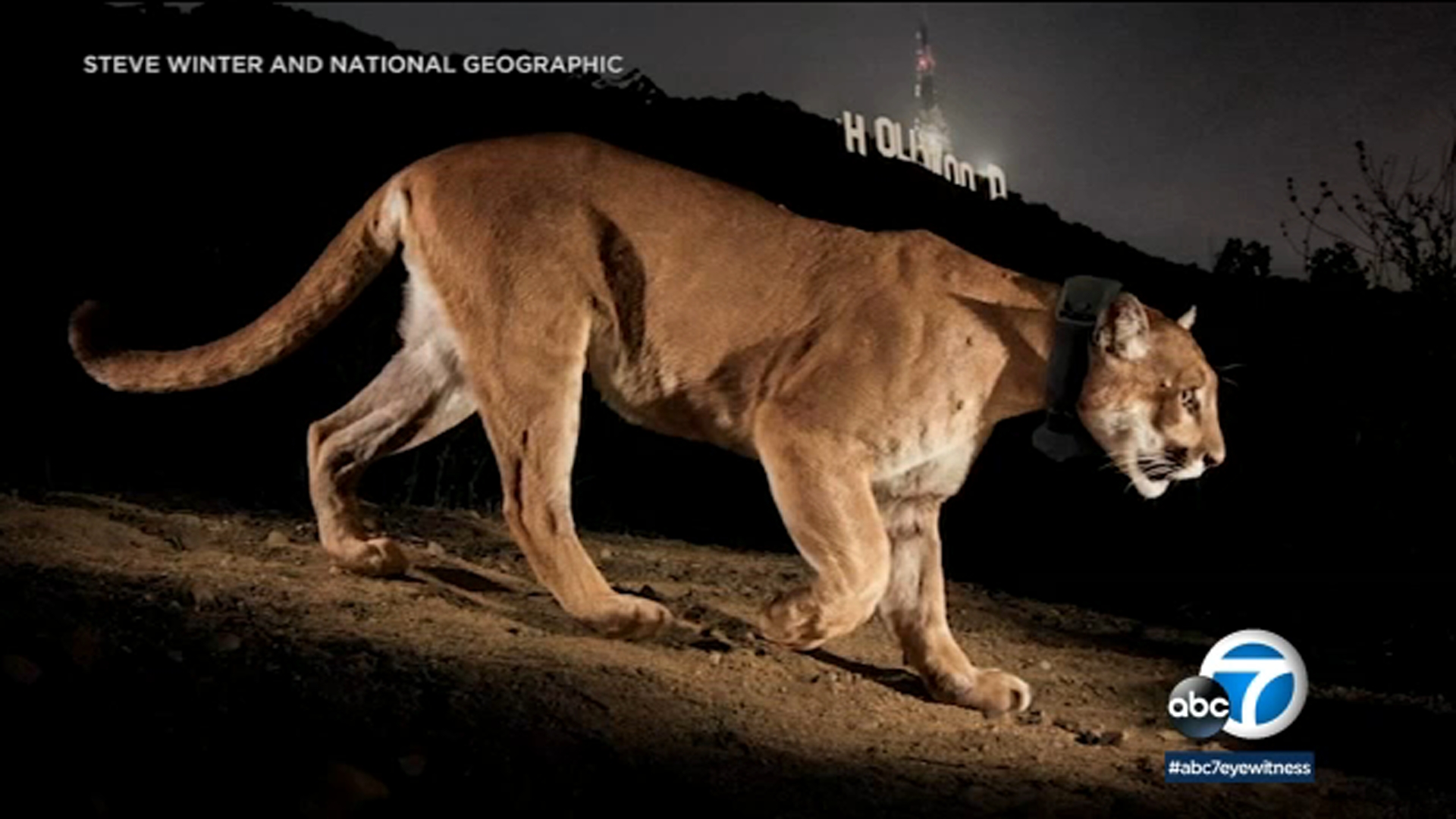 "I call him the Brad Pitt of the cougar world," said Beth Pratt, the Executive Director of the California Regional Center of the National Wildlife Federation. "P-22 is totally Hollywood's coolest cat."

But P-22 isn't getting any younger. Pratt says the cougar is thought to be about 12 years old - right around the age most mountain lions in the wild die, usually from toxins, traffic strikes or battles with other cougars.

"He's a smart cat," Pratt told Eyewitness News. "P-22 is getting up there in cougar years... he's definitely got some grey on him, he's looking a little skinnier, but... I think he's going to hang on longer than the average lifespan in the wild."

A mountain lion believed to be the celebrated P-22 was seen on video roaming a backyard near Griffith Park.

A big reason for her optimism is that P-22 doesn't share his turf with other cougars, which Pratt says are known to be extremely territorial and will fight other mountain lions to the death.

But she says P-22 has often been seen outside of the park which means he is crossing busy roads. Over the past two decades two dozen cougars are known to have been struck and killed by vehicles.

The Wildlife Federation estimates there are only 10-12 cougars living in an area that stretches from Ventura County down to Griffith Park - a big reason the group has raised enough money to build a wildlife crossing over the 101 Freeway in Agoura Hills. Construction is estimated to cost more than $88 million and is slated to begin sometime later this year.

A wildlife crossing over the 101 Freeway in Agoura Hills to help mountain lions and other animals move safely across wilderness areas received a $25 million conservation challenge grant to help break ground on the bridge.

"Nobody's ever attempted something on this scale in such an urbanized area," Pratt said. "It is going to be a living ecosystem over the freeway."