The Pacific Airshow is happening this weekend in Huntington Beach, but before all the excitement and aerobatics, the aircraft has to make its way to Orange County.

HUNTINGTON BEACH, Calif. (KABC) -- The Pacific Airshow is happening this weekend in Huntington Beach, but before all the excitement and aerobatics, the aircraft has to make its way to Orange County.

Landing at the Joint Forces Training Base Los Alamitos, the nation's military parachutists and pilots are preparing for the main event. Civilian pilots take off from the Lyon Air Museum.

"To be able to fly in front of the people who visit Lyon Air Museum often, they get to come see the airplanes up close and then now we get to go show them what the airplanes are all about, so it's really neat that we get to do that here right at our home beach," said Mark Foster, the museum's president.

The North American B-25 Mitchell Bomber may look familiar to those who frequent the museum, which is home to the World War II medium bomber. It's set to make an appearance this weekend.

Also, flying for the first time as a two-ship act? The T-33 Shooting Star jets.

"We've been talking about this and rehearsing it probably for the better part of eight months and so a lot of the training is done on the ground," said Gregory "Wired" Colyer, the Ace Maker Demo team pilot.

If you can't make your way to Huntington Beach this weekend, you can watch all the high-flying action live on Hulu!

Additional performances will include:

MORE | Female pilots soar with the Thunderbirds at the Pacific Airshow 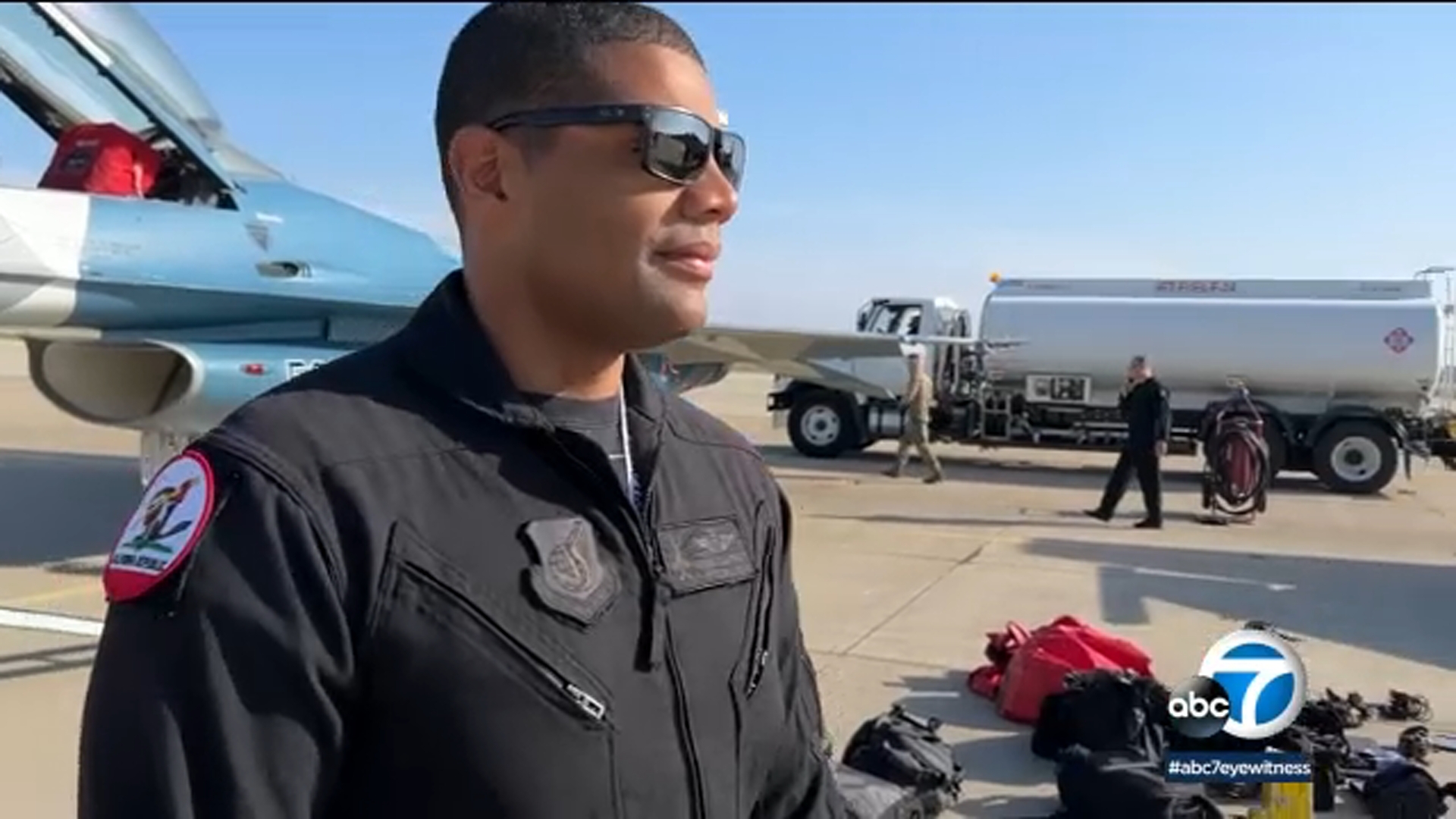