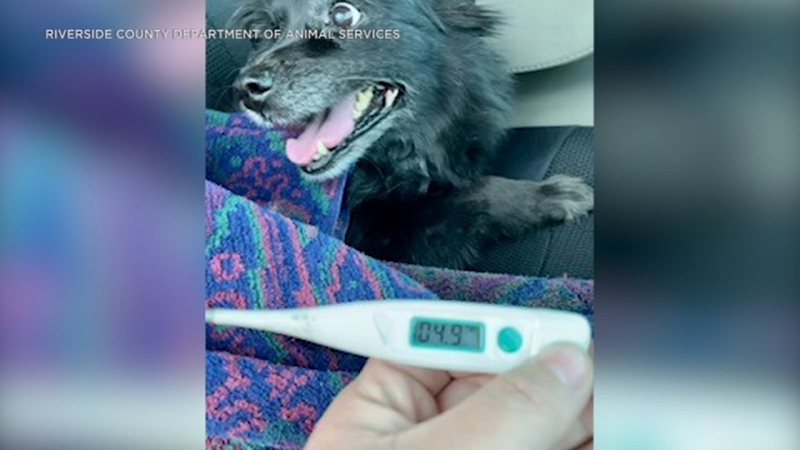 PALM DESERT, Calif. (KABC) -- A good Samaritan smashed the window of an SUV in Palm Desert to save a dog that was trapped inside amid triple-digit heat.

The Riverside County Department of Animal Services said a bystander last week smashed the car's window and rescued an 8-year-old Pomeranian mix. Other bystanders told officials the dog had been left unattended for at least 45 minutes.

The dog's temperature was registered at 104 degrees and it was treated for heat stroke after being taken to an animal hospital.

The dog's owner was arrested and released at the scene, but she could now face jail time and a misdemeanor conviction.

Officers say the owner admitted she was wrong and picked up her pet after paying the medical bills.