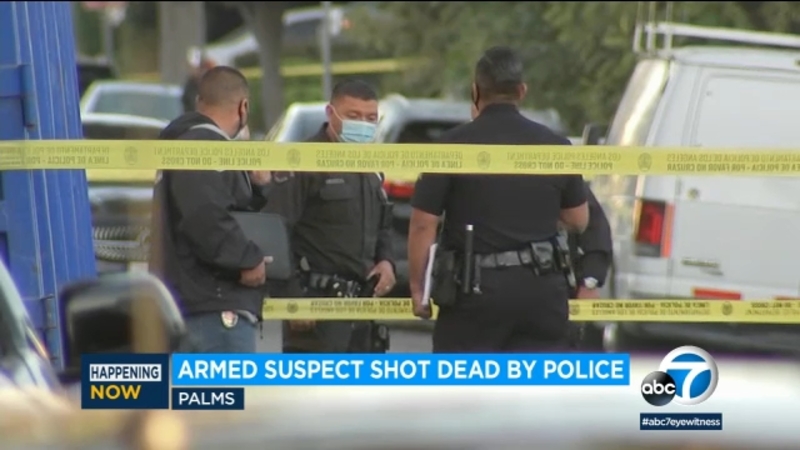 PALMS, LOS ANGELES (KABC) -- Los Angeles police officers shot and killed a man who was threatening his own family with a meat cleaver inside a Palms apartment early Wednesday morning, officials say.

Police were called to Keystone Avenue around 6 a.m. on a report of a loud disturbance in an apartment.

As officers approached the apartment, they could hear a loud struggle inside.

"Fearing for the safety of the family members they knew were inside, they forced entry," said Det. Meghan Aguilar with LAPD. "When they entered the apartment, they did see the suspect still armed with a knife and that's when the officer-involved shooting occurred."

The suspect was rushed to the hospital where he later died. No other significant injuries were reported.

Investigators say the suspect and the victims are related.

It's not clear what prompted the fight, but police say because of the urgency of the situation they had no choice but to act.

"Often we'll make a decision whether we're going to try to negotiate with somebody, try to talk them out," Aguilar said. "But when you have people inside a location, potential hostages or hostages, officers are faced with an immediate decision that they have to make for the safety of those people. And that's what these officers had to do this morning."