Driver killed after crashing into home in Paramount 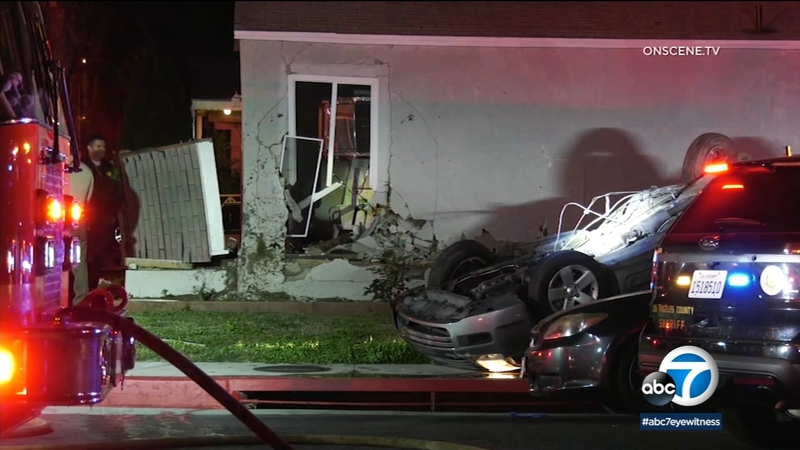 Driver killed after crashing into home in Paramount

PARAMOUNT, Calif. (KABC) -- A car crashed into a home in Paramount early Tuesday morning, resulting in the death of the driver.

The crash occurred about 1:10 a.m. in the 16600 block of Downey Avenue, near Harrison Street, according to the Los Angeles County Sheriff's Department.

When deputies arrived at the scene, they found the driver trapped in the wreckage. Authorities say the driver, who was pronounced dead at the scene, lost control of the vehicle and crashed into a corner of the home, adding that speed may have been a factor.

There were people inside the home at the time of the crash but no injuries were reported. The home sustained moderate damage.

The age, gender and name of the victim were not disclosed.