Federal authorities said surveillance video captured a suspect wanted in connection with an explosion at a Pasadena Cheesecake Factory.

PASADENA, Calif. (KABC) -- Authorities released surveillance video of a suspect wanted in connection with an explosion at a Cheesecake Factory in Pasadena back in February.

Pasadena police and the FBI said the man was suspected of setting off an explosion device at the Cheesecake Factory in Old Town Pasadena at about 6:05 p.m. on Feb. 2.

Witnesses said a man tossed a device into the restaurant and ran from the scene. It detonated and gave off heavy smoke, but no one was injured.

Detectives discovered video they said shows the suspect enter a business after the explosion occurred. The suspect could be seen throwing away a dark piece of clothing in a trash can at the business.

"They're some very distinctive traits about this individual, including a gait in the way he walks where his feet are turned inward," said Deirdre Fike, assistant director in charge of FBI.

Pasadena police said the device was homemade. Federal investigators said they had no evidence to believe the explosion was an act of terrorism.

Officials also announced a $20,000 reward was being offered for information leading to the arrest of the suspect or suspects responsible for the explosion.

Anyone with information that could aid detectives in their investigation was urged to call a tip line established by the FBI at 1-800-225-5324. 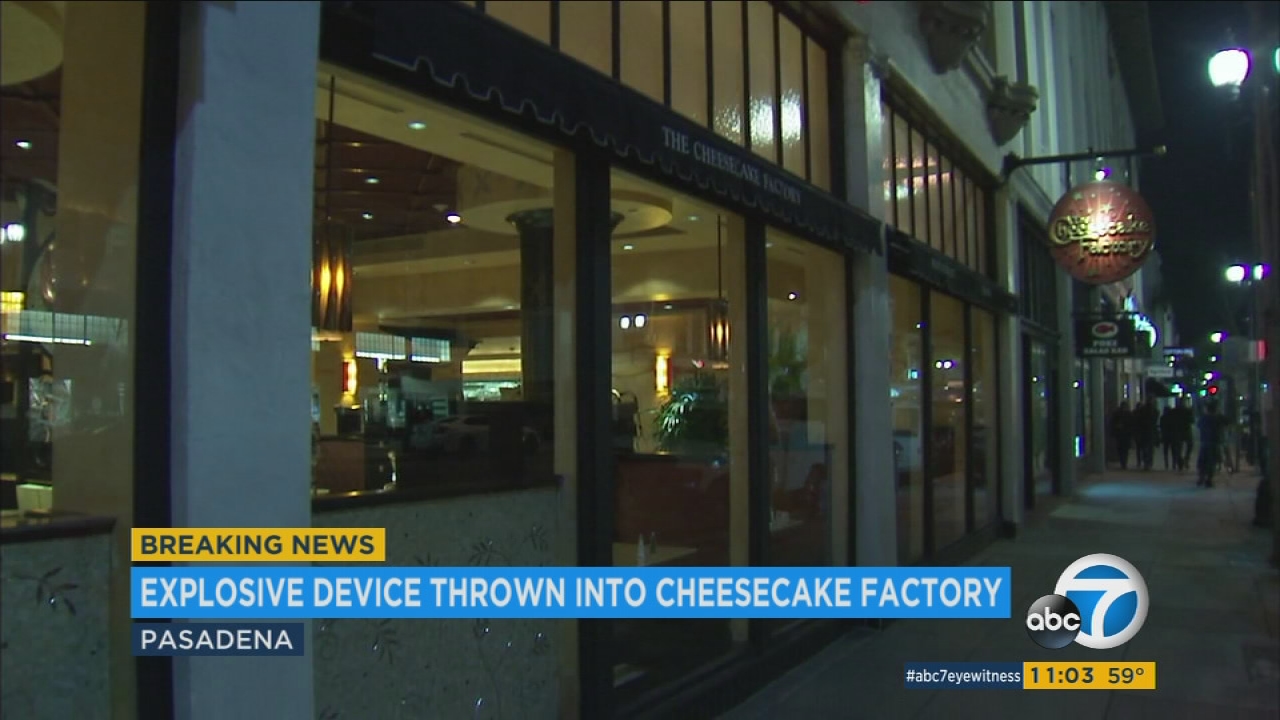