A man who accused two Pasadena Police Department officers of beating him and breaking in leg, in an incident that was caught on video, spoke out publicly about the confrontation for the first time on Wednesday, Dec. 20, 2017.

PASADENA, Calif. (KABC) -- A man who accused two Pasadena Police Department officers of beating him and breaking his leg, in an incident that was caught on video, spoke out publicly about the confrontation for the first time on Wednesday.

Ballew was left with a broken leg and multiple facial injuries after the encounter. His attorneys have filed multiple claims against the city of Pasadena but have not disclosed a monetary amount in damages sought. 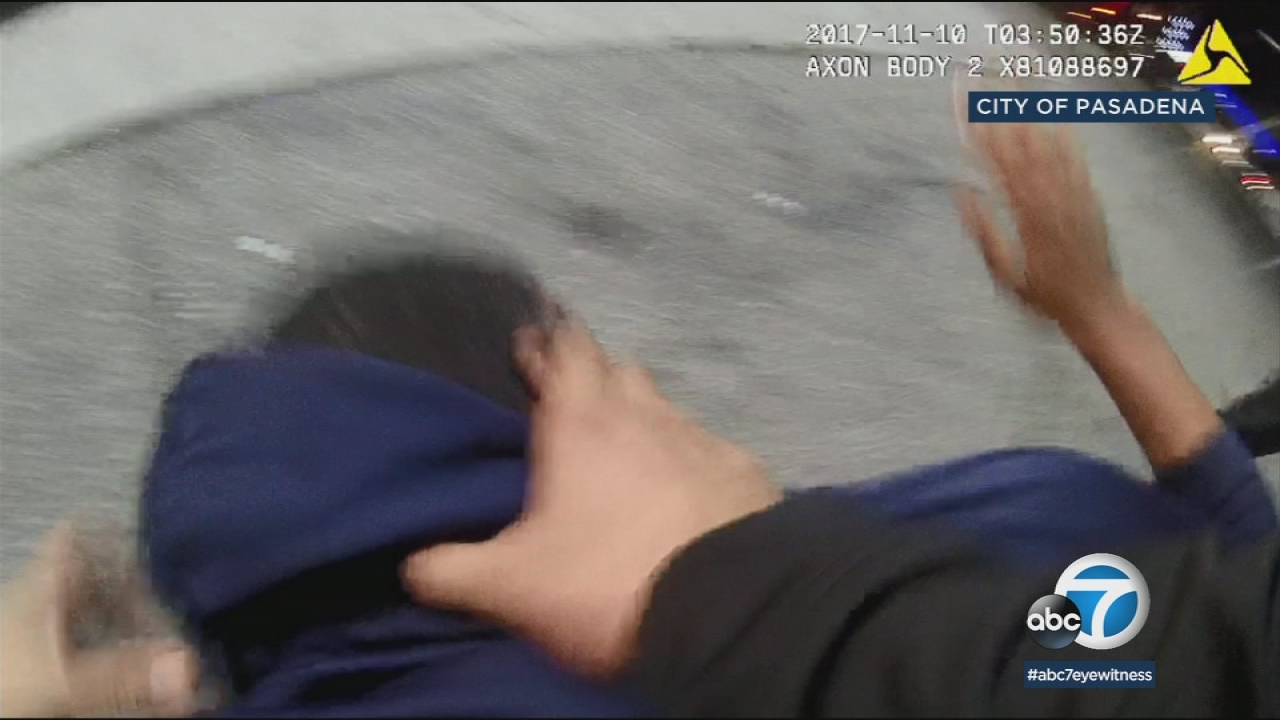