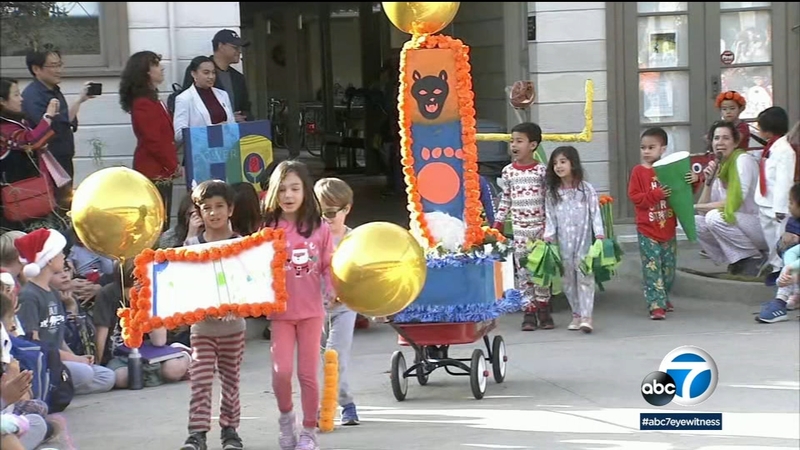 PASADENA, Calif. (KABC) -- Pasadena kindergartners put on a miniature Rose Parade for their classmates at Polytechnic School on Friday.

Around 45 kindergarten students participated in the planning, organizing and displaying of their very own parade inspired by Pasadena's Tournament of Roses parade.

The students started preparing for their parade since early December and took about three weeks to complete their projects.

"It takes us about a month. We started in early December, a good three weeks...We had about an hour about two or three times a week to create - and the operations team decides on our theme and they choose a grand marshal and they set up the floats, and the invitations, and the route," said kindergarten teacher Jennifer Rogers.

The children also used recyclable materials to bring their ideas to life.

"Oh, it's insane. They get all of their STEAM, they're building, they're engineering. They decided that they wanted a suspended football going through the goal so we had to figure out how we were going to create that illusion and we tried to use just like in the real Rose Parade. They use all the flowers, so we tried to use as much tissue paper and other things other than paint," said Rogers.

The students also developed the seating plan for the event where fellow students and parents were invited to watch.