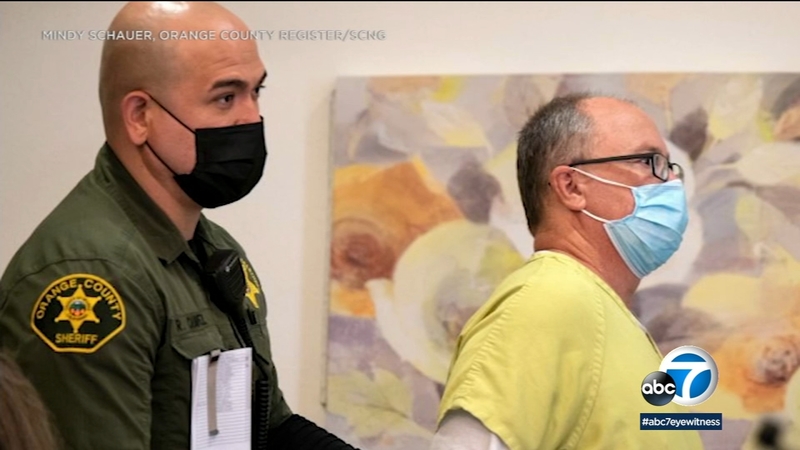 SANTA ANA, Calif. (KABC) -- A convicted murderer sentenced to life in prison without parole will get a new trial.

In 2010, Paul Gentile Smith was convicted of stabbing a marijuana dealer to death in Sunset Beach in 1988. However, Smith's public defender, Scott Sanders, says prosecutors obtain confessions illegally from his client.

"The truth is, they were going to let Mr. Smith die in prison without him ever having that evidence. That was the plan and through a lot of extraordinary luck, we were able to uncover it," Sanders said.

Monday, an Orange County Superior Court judge officially granted a request from the O.C. District Attorney's Office for a retrial, saying deputies with the O.C. Sheriff's Department refuse to testify about the misuse of jailhouse informants and the withholding of information from Smith's defense attorneys.

In a statement, OCDA Todd Spitzer says in part:

"As a result of that failure to provide proper discovery I was forced to make the very difficult decision to concede that a convicted murderer sentenced to life in prison without the possibility of parole should be granted a new trial."

Smith was found guilty of torching his victim's remains after stabbing the marijuana dealer's nude body 18 times, nearly decapitating him. He has always maintained his innocence.

While in jail, Smith was placed in Mod-L20, which is the same cell uncovered by Sanders in 2014 as the center of the so-called "Snitch Scandal" in O.C., where prosecutors and deputies used jailhouse informants to illegally get confessions from inmates.

"Instead of it being a coincidence, which is how it was presented, there were three informants placed in the day room with Mr. Smith. They were working him unlawfully but that evidence wasn't disclosed for the first time until 2016," Sanders said.

In a statement, O.C. Sheriff Don Barnes said in part:

"The People v. Smith case is a 1988 homicide that went to trial in 2010, long before the discovery of issues regarding the use of informants in the jail. The Department has rectified those issues, and implemented policies and numerous safeguards."

Smith's arraignment has been scheduled for Aug. 13.