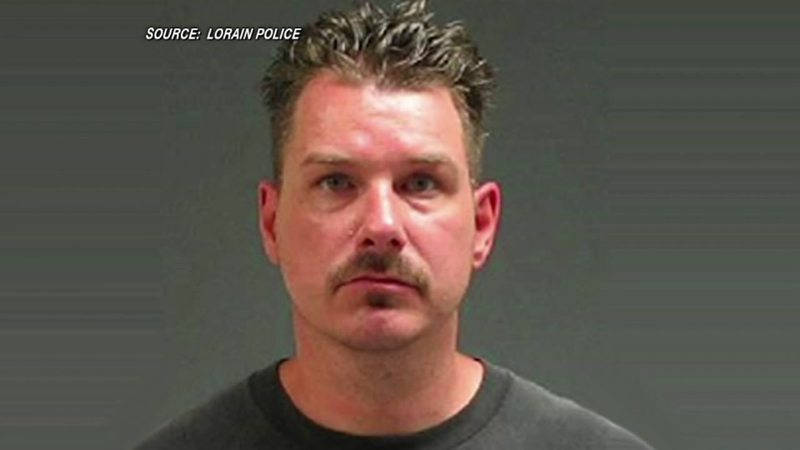 LORAIN, OH -- Police said a man witnessed a horrible car crash. What happened next was just downright cold behavior, according to police.

They explained he whipped out his cellphone to record the teen's final moments alive instead of racing over to help a dying teenager. The man now faces charges.

"I just wanted to educate people to slow down," Paul Pelton, 41, said in a Facebook apology video. "I didn't do that to have some type of gore video."

Police say Pelton began recording video on his cellphone seconds after a car crashed into an SUV, a house and a tree and then caught on fire. Both 17-year-old teens suffered major injuries. One of them later died at the hospital.

Detectives say Pelton mocked the teens in the video, repeatedly calling them "idiots." At one point, he opened the doors of the vehicle and filmed the boys inside. A neighbor is seen running to help the teens, but police say Pelton himself never offered any aid.

"He's not at the crime scene to try to assist anybody," said Lorain Police Detective Sgt. Buddy Sivert told ABC affiliate WEWS-TV. "He's there for his own gain. Then he breaks the law by trespassing into someone's vehicle."

When police found the video on social media, they decided to charge Pelton with vehicle trespassing, a misdemeanor.

"Had he videotaped it across the street, we wouldn't have an issue with it," Sivert said. "The issue started when he entered the vehicle to take the video and the fact that he's videotaping two young men who were, one critically injured, one seriously injured."

After the arrest, the Lorain Police Department posted this message on its Facebook page:

"The Lorain Police Department would like to remind citizens that they are allowed and encouraged to help one another in emergencies if they can do so safely, and that rendering aid or comfort to a dying young man and his severely injured friend is a commendable and kindly act. Persons are not, however, allowed to trespass into a person's vehicle criminally and without permission for the seemingly singular cause of filming, a young man's dying moments, for profit. Thank you again to the citizens who rendered aid to these young men on this tragic evening."

In Pelton's apology video, he calls the whole thing a big misunderstanding.

"I want to offer a public apology to the families of the kids that got injured or deceased in the car accident. I never intended it to be a video that came across as a gore video," said Pelton in the video obtained by WOIO-TV. "I wanted to put the video out there so other kids could see it and learn from the mistake of speeding and driving recklessly."