Paul Rudd, star of 'Ant-Man,' gets star on Hollywood Walk of Fame 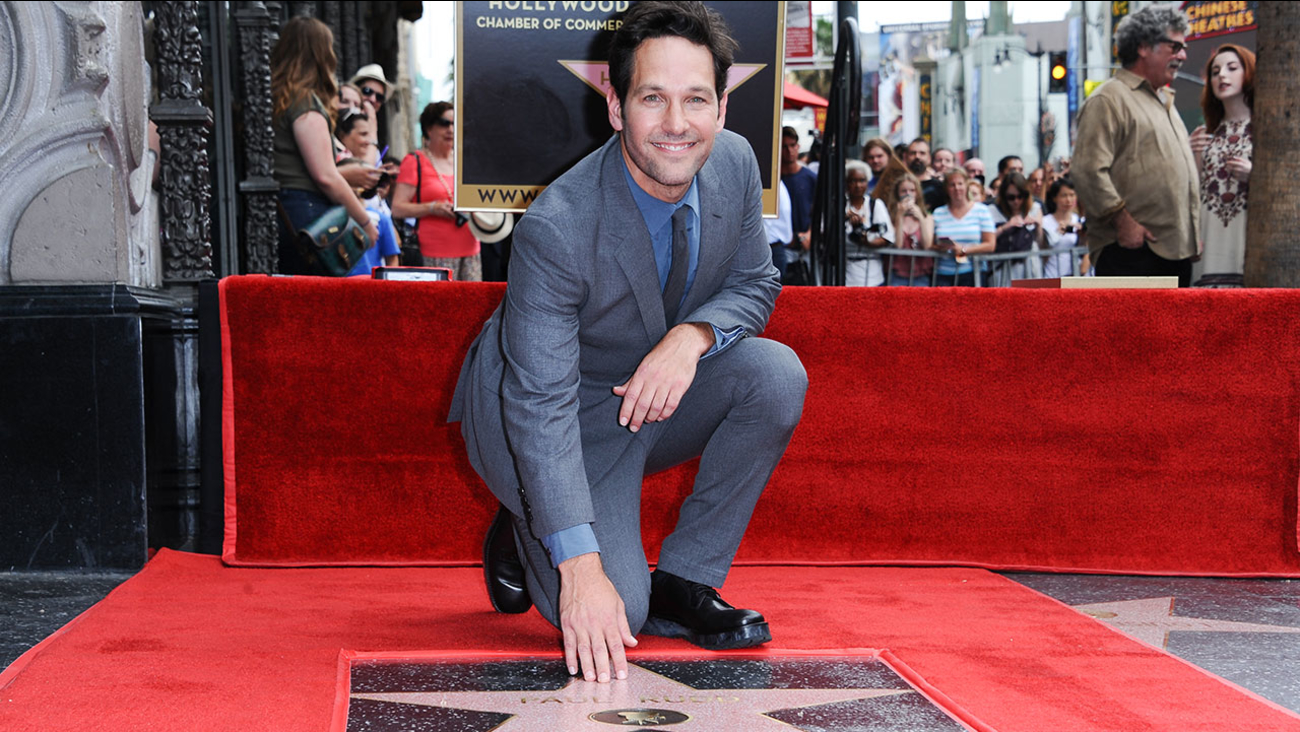 Paul Rudd is honored with a star on the Hollywood Walk of Fame on Wednesday, July 1, 2015, in Los Angeles. (Richard Shotwell/Invision)

Rudd, best known for his Judd Apatow films like "Anchorman," "The 40-year-old Virgin," "Knocked Up," and "This Is 40," was given the 2,554th star just two weeks before the release of "Ant-Man," for which he co-wrote the screenplay.

"I remember being a kid and walking this boulevard and reading the names and thinking about what so many other millions of people thought about, which is, 'Who's that?'" Rudd said. "The fact that millions of people are going to be able to now see me and ask that same question ... is humbling beyond belief."

Rudd's first high-profile role was as Josh, the ex-stepbrother of Alicia Silverstone's character in the 1995 film comedy "Clueless."

Rudd's other films include "I Love You, Man," "Wet Hot American Summer," "Dinner for Schmucks," "The Perks of Being a Wallflower," "Our Idiot Brother," and "Role Models." His television credits include "Friends," on which he played the boyfriend and later husband of Phoebe Buffay (Lisa Kudrow) and "Parks and Recreation," portraying city council candidate Bobby Newport.