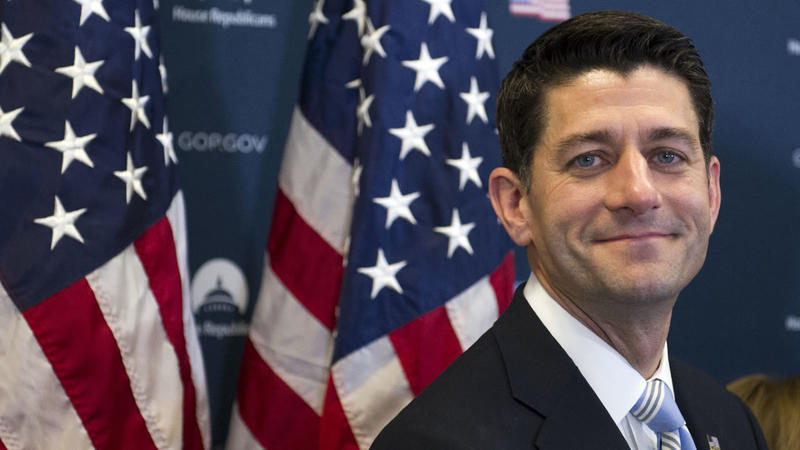 SOUTH ORANGE, N.J. -- A group of middle school students from New Jersey caused quite a flap, after half of them refused to take a picture with Republican House Speaker Paul Ryan.

It happened Thursday during a field trip to Washington.

Reaction from the students' parents are as politically divided as the country.

"It's not just a picture," said Matthew Malespina, a student.

Matthew says he couldn't go through with it.

It didn't matter that Paul Ryan is the Speaker of the U.S. House of Representatives, or that he is third in-line to the presidency.

When he and his classmates from South Orange Middle School had the chance to take a picture with the speaker. Matthew watched from the parking lot with 100 of his fellow students.

"It's being associated with a person who puts his party before his country," Matthew said.

The students were on a field trip to Washington. Matthew found out the night before.

"I'm just not going to do it," Matthew texted his mother.

"Say you would rather not," she wrote back. And Matthew agreed.

"The point was, 'I don't want to be associated with him, and his policies and what he stands for,'" said Elissa Malespina, Matthew's mother.

Other parents see it differently. One of them disagreeing on social media that the students should respect the office of the Speaker of the House, even if they disagree with the man who holds that office.

The students, from a progressive, upper middle class community, were evenly-split. 100 others posed with Ryan. Miles Handelman was one of them.

"I thought it would be very cool just seeing the man who is the third most powerful man in our country. It would be cool, even if you disagree with him," Handelman said.