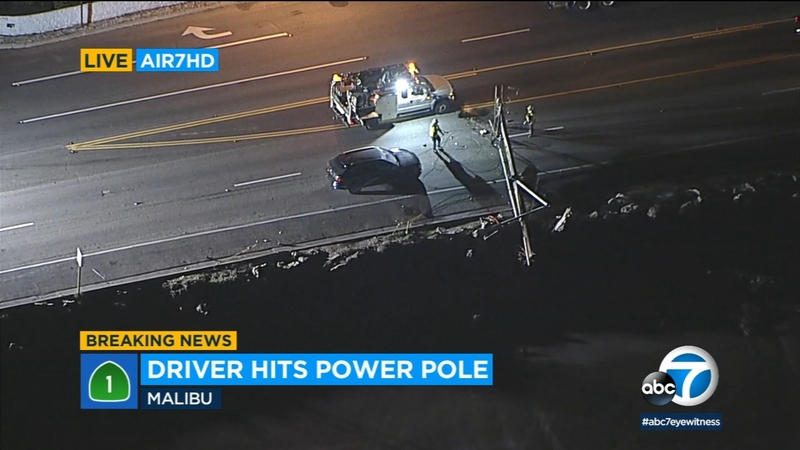 PCH shut down in Malibu after driver hits power pole

MALIBU (KABC) -- The Pacific Coast Highway was shut down in both directions in Malibu for several hours Monday morning after a driver suspected of DUI crashed into a power pole.

The roadway was closed at Rambla Vista around midnight, according to the Los Angeles County Sheriff's Department.

AIR7 HD was over the scene as early morning commuters were getting stuck in the resulting gridlock along nearby streets.

The driver was not injured but was arrested for DUI, authorities said.

The closure lasted several hours as crews worked to repair the damage and replace the power pole. All lanes were reopened by 9 a.m.