Topanga Canyon Boulevard closed in both directions in Malibu after mudslide, CHP says 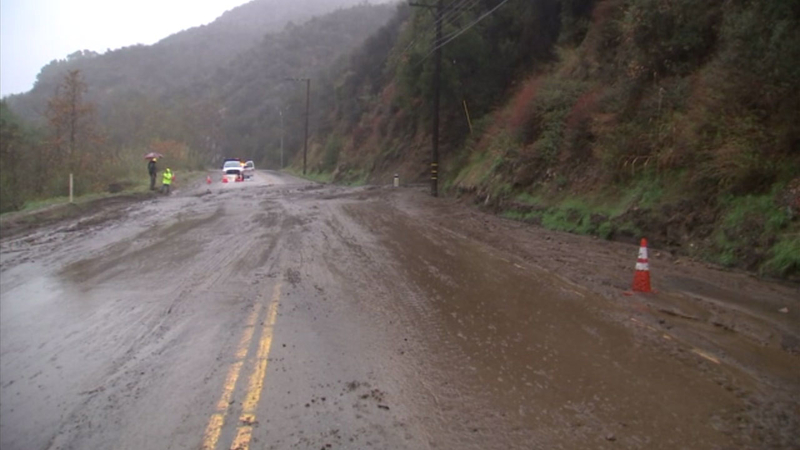 MALIBU, Calif. (KABC) -- A section of Topanga Canyon Boulevard was closed in both directions in Malibu on Friday due to a mudslide, authorities said.

The closure was between Pacific Coast Highway and the community of Topanga, the California Highway Patrol announced shortly after 11 a.m. The CHP deleted an earlier tweet that had stated that PCH was shut down.

There were no reports of injuries or damaged vehicles as a result of the incident, which left the roadway strewn with dirt and rocks.

SIGALERT IN MALIBU: TOPANGA CANYON BLVD FROM GRAND VIEW TO PACIFIC COAST HWY - BOTH NB AND SB DIRECTIONS BLOCKED FOR AN UNKNOWN DURATION DUE TO A SLIDE

Crews cleared out most of the mud by Friday afternoon, but the threat of more slides remained and the road stayed closed. Caltrans officials said the debris catch basin was nearly full.

Las Virgenes Road and Malibu Canyon Road was suggested as an alternative route.