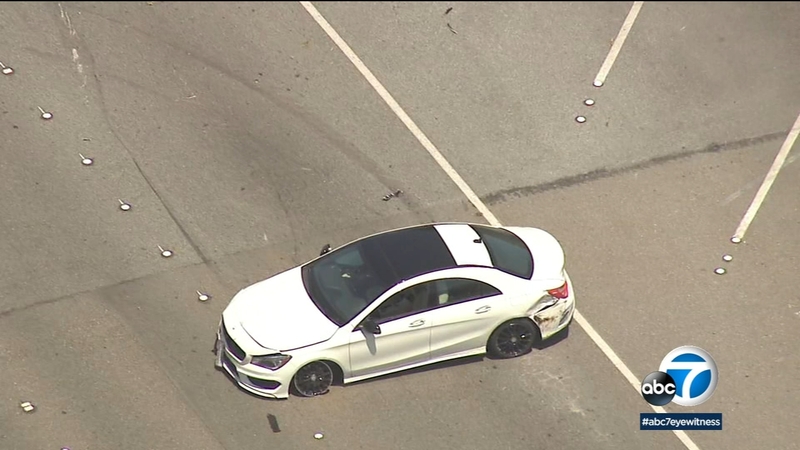 SAN MARINO, Calif. (KABC) -- A man and his dog are dead after they were struck by a car Thursday in San Marino.

Police said two cars were allegedly racing each other going westbound on Huntington Drive when one car cut across all lanes of traffic, spun out of control and skidded across the median.

The white Mercedes came to a stop on the opposite side of the road, striking the man and his dog while they were jogging.

They both died on impact, according to Police Chief John Incontro. The man was tossed about 30 feet from the collision point and the dog traveled another 60 feet.

The victim, who has not been identified, was running with a woman who was behind him.

"She was behind him about 100 feet, heard the noise, looked up and saw the aftermath of the crash," said Incontro.