The fitness instructor says his symptoms are mild
KABC
By ABC7.com staff LOS ANGELES (KABC) -- "Dancing With the Stars" contestant and popular fitness instructor Cody Rigsby has tested positive for COVID-19 and will be stepping back from the show, he announced Thursday.

Rigsby's announcement came only a few days after his partner on "DWTS," Cheryl Burke, announced she has COVID.

Rigsby said he has been vaccinated and is experiencing only mild symptoms. He said this is his second COVID infection this year, with the earlier one happening before he was vaccinated and resulting in much more severe symptoms.
RELATED: 'DWTS' pro Cheryl Burke says she has COVID-19
EMBED More News Videos

In a video posted to Instagram, Rigsby said his symptoms include congestion, a headache and cough.

"But in comparison to when I had COVID earlier this year, it is night and day," he said. "So that must be the vaccine, my antibodies working."

He said he is taking a break from the show. It remains unclear if or when he and Burke will be able to return to competition.

Rigsby, who previously worked as a professional dancer, later became a Peloton instructor and director of cycling content at the company.

He became one of the most popular instructors at the company as more people turned to at-home exercise during the pandemic. He also maintains a popular social media presence, with more than 933,000 followers on Instagram.

Rigsby did not attend Monday's taping of "DWTS" because he had been in close contact with Burke before her positive test was announced just hours before the show.

Burke posted her own update on her condition late Wednesday. She said she has been quarantining for 10 days at home and feels "fine" except she has lost her sense of smell and taste.

"It's been really oddly lonely" while quarantining, Burke added. 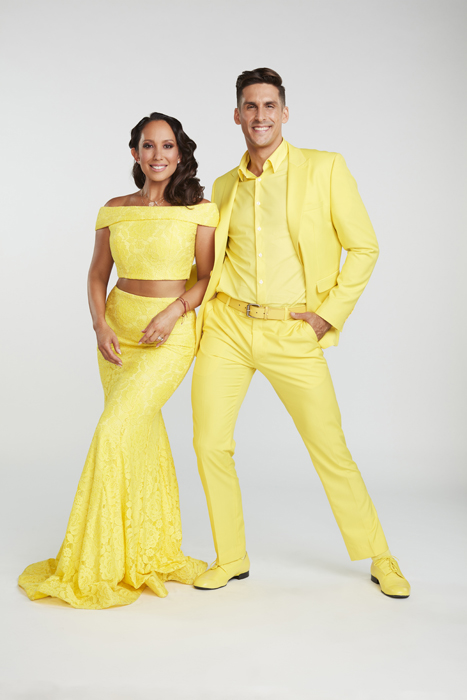