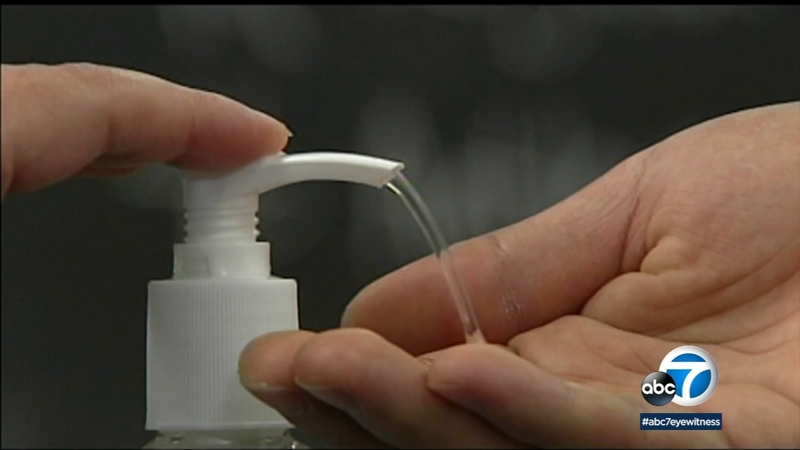 People are getting sick and even dying after swallowing hand sanitizer, the US Centers for Disease Control and Prevention said Wednesday. Four died and others have suffered impaired vision or seizures, the CDC says.

Hand sanitizer is everywhere and is useful for cleaning the hands during the coronavirus pandemic. But it's not safe to swallow, the CDC cautions.

"Alcohol-based hand sanitizer products should never be ingested," the CDC said in a new report.

A CDC team described the cases of 15 adults in Arizona and New Mexico hospitalized for methanol poisoning after consuming alcohol-based hand sanitizers between May and June.

The CDC is not sure why people might drink hand sanitizer. Children might do it by mistake, and some people may think it's a good substitute for alcoholic drinks. It is not.

The US Food and Drug Administration has been repeatedly warning about methanol in some hand sanitizers distributed in the United States. Unlike ethanol -- the alcohol usually used to make hand sanitizer -- methanol is toxic and can even poison people through their skin. The FDA has warned against more than 100 hand sanitizer products.

The new CDC report follows that announcement, a CDC spokesperson told CNN in an email on Wednesday.

"We wanted to specifically look at adverse events related to methanol because it is known to be toxic and potentially life-threatening when ingested," the spokesperson said.

In late June, CDC received notification from public health officials and partners in Arizona and New Mexico about methanol poisoning linked with the ingestion of hand sanitizers.

CDC researchers and their partners in Arizona and New Mexico reviewed 62 call records to poison centers from May through June to characterize cases that could be methanol poisoning from alcohol-based hand sanitizer. The researchers also obtained medical records for additional details. But the report does not provide information as to why people were ingesting hand sanitizer.

The researchers found 15 people, ages 21 to 65, were admitted to a hospital after ingesting alcohol-based hand sanitizer.

Six developed seizures while in the hospital and three were discharged with new visual impairments, the researchers found.

One patient, a 44-year-old man, said that he drank hand sanitizer in the few days before seeking medical care, according to the CDC paper. The man was hospitalized for six days for acute methanol poisoning and when he was discharged, he went home with almost complete vision loss.

Four of the adults in the CDC report died.

"This investigation highlights the serious adverse health events, including death, that can occur after ingesting alcohol-based hand sanitizer products containing methanol," the researchers wrote in the new CDC report.

In July, the FDA continued to warn consumers and health care workers not to use hand sanitizers containing methanol or wood alcohol, another type of substance often used to create fuel and antifreeze that can be toxic.

The agency also placed such products on an "import alert" in an effort to prevent them from entering the United States.

"Practicing good hand hygiene, which includes using alcohol-based hand sanitizer if soap and water are not readily available, is an important public health tool for all Americans to employ. Consumers must also be vigilant about which hand sanitizers they use, and for their health and safety we urge consumers to immediately stop using all hand sanitizers on the FDA's list of dangerous hand sanitizer products," FDA Commissioner Dr. Stephen Hahn said in a news release at the time.

This isn't the first time that public health agencies have reminded people not to ingest certain disinfectants or use such products improperly.

In April -- just a day after President Trump suggested during a White House briefing that injecting disinfectant might be a possible coronavirus treatment -- the CDC posted on Twitter: "Household cleaners and disinfectants can cause health problems when not used properly. Follow the instructions on the product label to ensure safe and effective use."