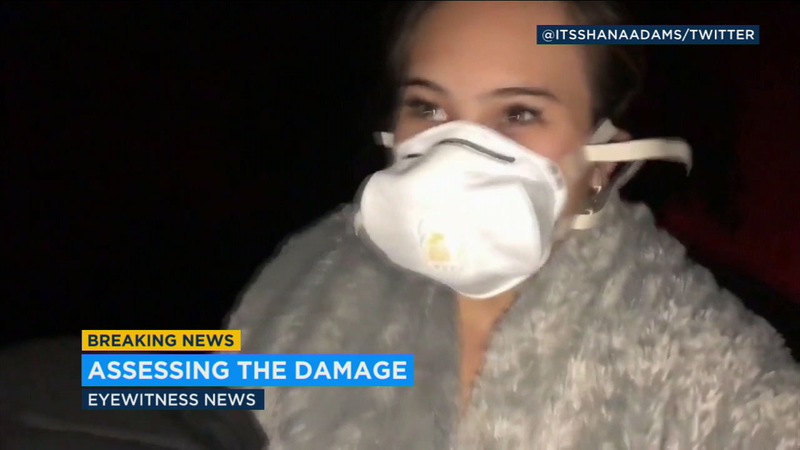 The fire hit the far end of campus, destroying a car, trailer and some storage units.

Some people disagreed with the university's decision to keep students on campus as the rest of Malibu and surrounding areas were ordered to evacuate. Some students opted to evacuate themselves.

However, university officials defended their decision, stating that it was the safest place for students. Students were sheltered in place in the library, cafeteria and Tyler Campus Center.

Chief Daryl Osby, of the Los Angeles County Fire Department, said Saturday that it was "a good decision" to shelter-in-place and "not to put those students in harm's way."

The shelter-in-place order was lifted this morning after firefighters and helicopters stopped the spread of flames.

Friday night, university president Andrew Benton appeared frustrated with a perceived lack of communication from the sheriff's and fire departments. But Saturday morning, he also thanked firefighters for their quick work battling the fire.

One student said via Skype that she felt safe.