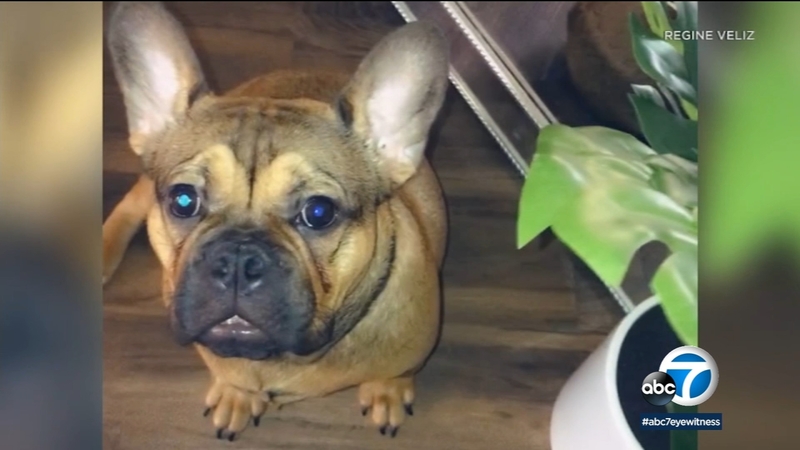 SANTA ANA, Calif. (KABC) -- A Santa Ana couple is pleading for the safe return of their French bulldog. They say thieves broke into their apartment, stealing the beloved pet and other valuables.

Regine Veliz and Andres Ramirez comforted their dog Butters as best they can as he lets out heartbroken cries over Churro, the family's missing dog.

The 8-month-old was stolen Aug. 28 while the couple was at work. The suspect ransacked their Santa Ana apartment and stole several valuables and in addition to their pet.

The couple filed a report with Santa Ana police but is hoping the public will be able to help them find their four-legged family member. Churro doesn't have a tail but does knows his name and loves to stick out his tongue.

The couple is plead with the thief to do the right thing.