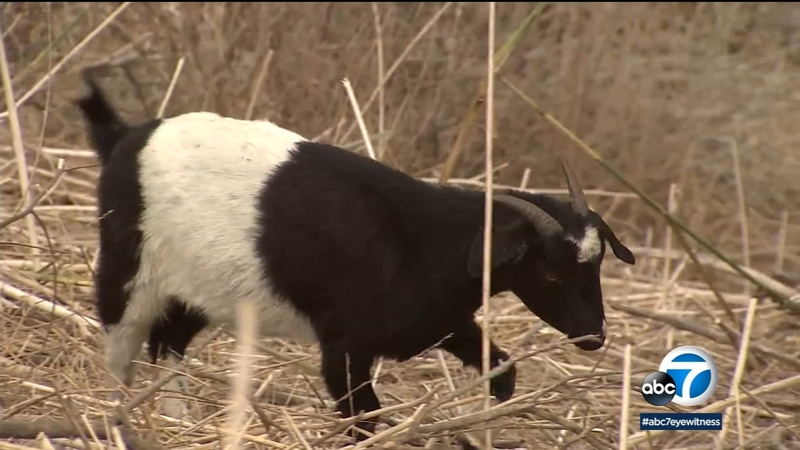 Hungry goats munch their way through fire-prone hillsides in OC

LAGUNA BEACH, Calif. (KABC) -- Morning after morning, for 10 months out of the year, hungry goats munch their way through the hills of Laguna Beach, feeding on what fire officials call a tremendous fire hazard.

Speaking in Spanish, Moreno said the job wasn't difficult. He has worked at higher elevations back home in the Andes of Peru.

He told Eyewitness News he visits his three daughters and wife in Peru every three years when it's time to renew his visa. Moreno said his two youngest daughters are studying to be environmental engineers and this job made it possible to fund their education.

As an official part of South Pasadena's fire prevention program, goats will eat weeds and non-native plants reducing the potential for brush fires.

Laguna Beach is home for Moreno now. Moreno said he has made friends here and gained their affection with a job well-done.

Brown said contracting this work out to a goat herding company saved taxpayers money because hiring a hand crew would cost about 10 to 20 times per acre.

This season was the first time the city took on a third herd for a total of 1,050 goats.

"So we had a lot of growth and now we're having to deal with that growth by using the goats to cut it down," Brown said.

Brown said the last of the new animals, 100 goats, were expected to arrive Friday.