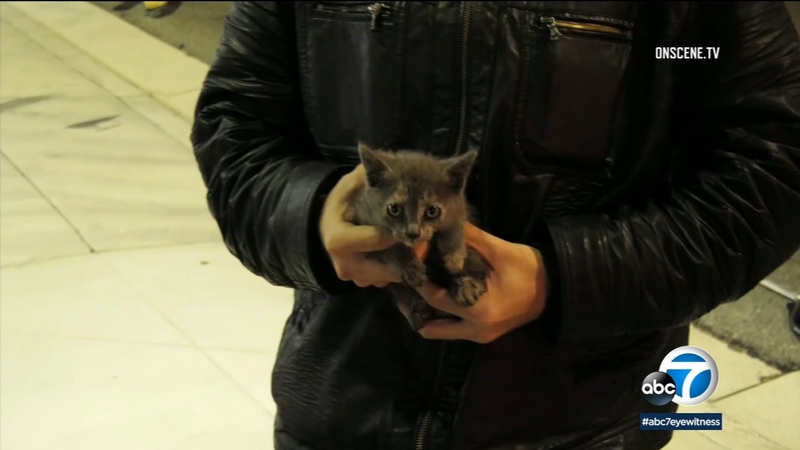 The kitten's owner, Cameron French, pulled up to a gas station near Rose Drive and Imperial Highway. As he was pumping gas, the kitten jumped out of his car through the sunroof and ran into a storm drain.

When firefighters arrived on scene, they could hear the kitten meowing. They opened a manhole cover to investigate. The kitten was found in between two manhole covers in a pipe approximately 100 feet long and 14 inches wide.

Firefighters began to troubleshoot. They first tried to lure the kitten out with cat food. The kitten moved toward the cat food, but not enough for firefighters to reach her. Orange County Animal Care officials arrived to the scene to assist.

Authorities discovered that when the cat heard noise on one end of the pipe, she would run toward the other end. They also discovered she was attracted to cat noises, so one of the firefighters pulled up cat sounds on his cellphone.

Using a combination of sounds while also pumping light air through the pipes, they were able to coax the kitten out one end. Firefighters were then able to grab her and safely reunite her with her owner.