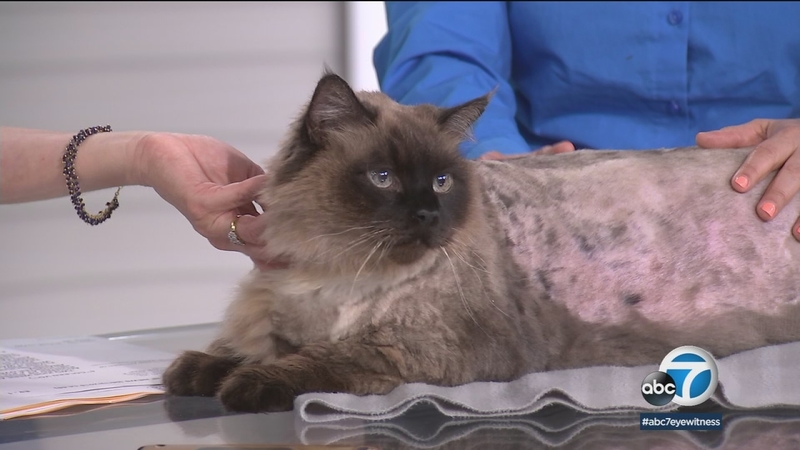 Portly 29-pound pet, Chubbs, to be put up for adoption in Pasadena

Nicknamed Chubbs by the Pasadena Humane Society, the 29-pound feline was taken in by the group last week after he was found in Altadena wandering the streets by himself, albeit very slowly.

After an attempt to look for the cat's owner, the humane society will now put Chubbs up for adoption Wednesday at noon on a first-come, first-serve basis.

The Pasadena Humane Society said they don't know where the Himalayan mix came from, but are happy he was turned in so they could help make him feel comfortable.

Chubbs came in with a matted back that's since been cut and has been put on a prescription diet under the care of the Pasadena Humane Society & SPCA.

The images of the portly pet circulating on the Internet have elicited a huge response. Several people have come forward claiming Chubbs to be their pet.

"There have been a lot of people saying he is their cat," said Julie Bank, president and CEO of the Pasadena Humane Society. "We have had people from Colorado, from Wales, internationally, sending best wishes and also hoping that it was their cat."

Because Chubbs was found without identification, he is still homeless, but will hopefully find a new family.