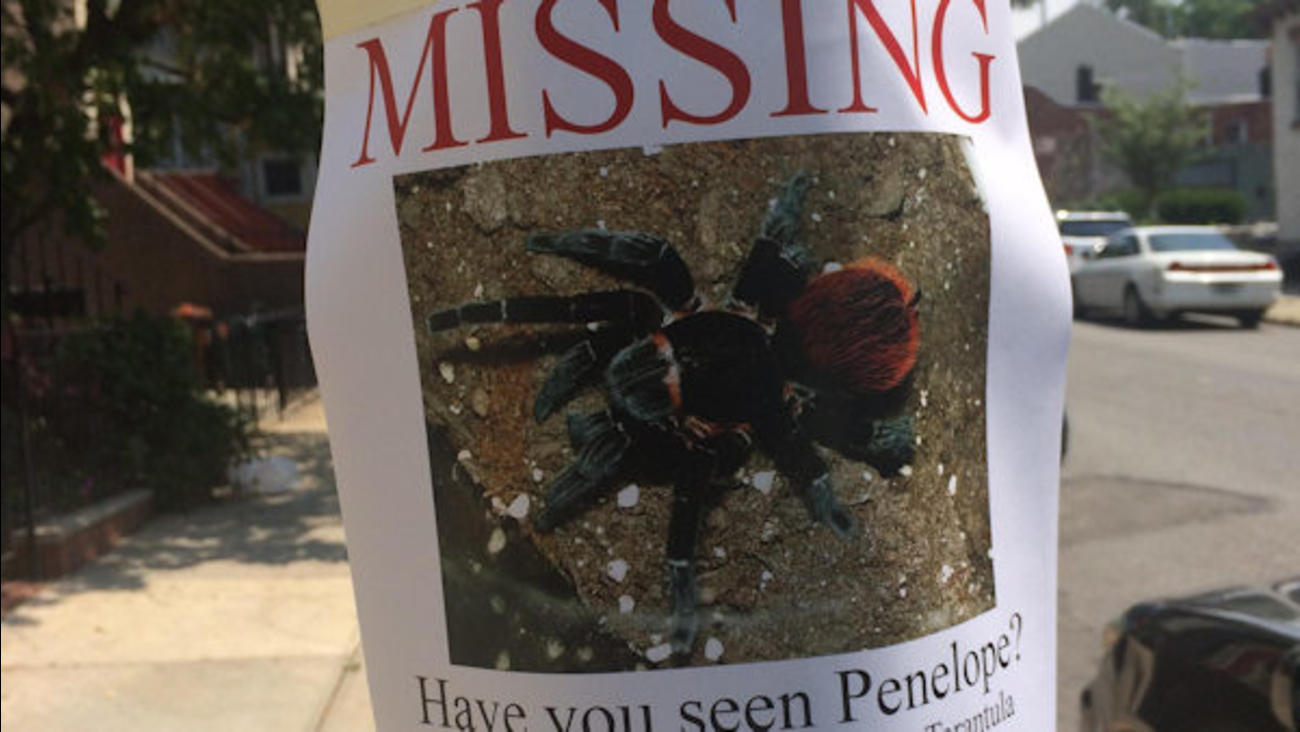 Photo of the flier claiming a tarantula is on the loose in South Slope, Brooklyn via Reddit

SOUTH SLOPE, BROOKLYN -- Could a giant pregnant tarantula be roaming the streets of South Slope, Brooklyn? Probably not.

A flier posted on a pole at the corner of Fourth Avenue and 19th Street claims the Mexican Red Rump tarantula named Penelope wandered off recently.

The owner wrote on the flier that "she shouldn't bite, but sometimes jumps when frightened."

Personally, I'd probably run the other way if I saw a tarantula, but the owner is hoping that someone much braver than this writer will attempt to capture Penelope and place her inside a Tupperware bowl with airholes.

It's illegal to have a tarantula in New York City according to the health code (Article 161).

One area resident tweeted Eyewitness News that she was unaware of any neighbors with a tarantula for a pet.

Of course, flier is likely a hoax. The story first came to light via a post on Reddit. The phone number was cut off in the photo. Eyewitness News eventually got the number, which goes to an Oklahoma exchange. One call went to voicemail with a message about playing "telephone tag." Other calls went unanswered. So, we can't say for sure that it's a hoax, but it sure seems that way.

So just how dangerous is this Mexican red rump? According to a post on Wikipedia, "the reason for the name red rump is because of its distinctive red hairs on its abdomen. Like most tarantulas, they will eat anything they can overpower, which is usually insects, but small lizards and rodents may also be consumed. They can grow to a 5 inch leg span, with males typically being smaller and thinner than the females."

We found a YouTube video that demonstrates that they can be kept as pets. (Again, it's a illegal in New York City!)


They are predominantly found in Mexico, but they have ventured as far north as Florida.