Kale Chip weighed in at a hefty 85 pounds when he was surrendered to Chicago Animal Care and Control earlier this week. (Sarah Lauch, CACC Transfer Team Member)

Kale is pretty much the pinnacle of the health food pyramid right now and the volunteers the animal rescue group One Tail At A Time are hoping naming their latest ward after the leafy green will point the pudgy pooch towards a healthier life.

The 85-pound beagle was surrendered to Chicago Animal Care and Control earlier this week after the dog's elderly owner could no longer care for it. 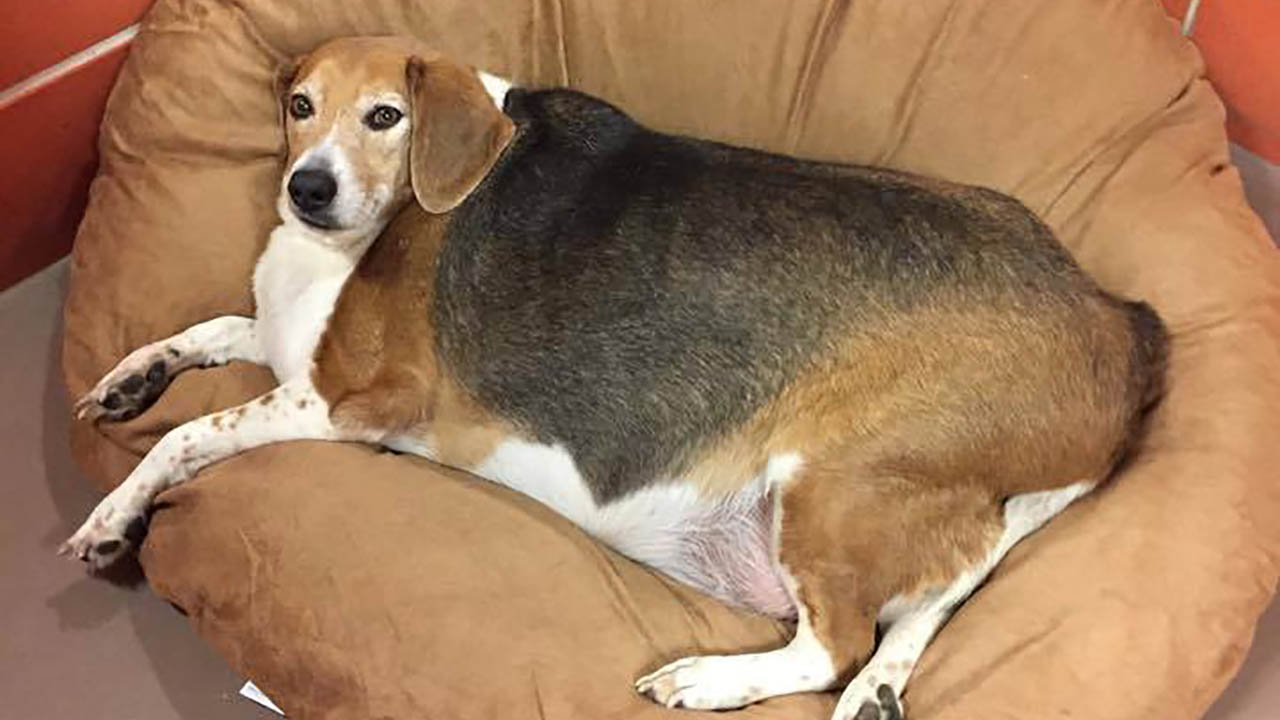 "This was obviously a case of neglect," One Tail At A Time Board President Heather Owen told ABC. "I think this was just something where an elderly owner was unable to walk him; his nails were really long, so she was unable to provide that basic kind of care and probably just fed him out of love, but it turned out the wrong way."

Realizing the animal was in need of intense medical care and supervision, the dog was turned over to One Tail At A Time.

"Some animals will just eat and eat and eat," Owen said. "He was obviously fed way too much, and he was obviously not walked; he's not really able to walk, so he wasn't getting any exercise, so that combination of intense overfeeding, having a dog that is highly food motivated and not able to walk is how he got to where he is."

After joking that a junk food name wold probably best suit the portly pup, the volunteers decided to name the dog after a healthier snack -- Kale Chip.

"We like to give (the animals) a new name to give them a fresh start, and we usually keep it the same letter to keep it familiar and we just thought 'kale' would be kind of funny since that's what's really in his future - healthy foods and healthy snacks," Owen said. "We joked that he would probably like to be 'Doritos' or regular chips but he's got to be kale chips from here on out."

Kale, as the dog is casually referred to, is now on a strictly supervised, high protein, low calorie diet. He's too heavy to go on walks, but Owen says he may soon begin working out on an underwater treadmill.

Owen say people have contacted One Tail At A Time to express their concern and support for Kale, but they are looking for a family to foster him until he's ready to be adopted.

CLICK here to learn more about One Tail At A Time and how you can help Kale Chip.
Related topics:
dogsdistraction
Copyright © 2020 KABC-TV. All Rights Reserved.
More Videos
From CNN Newsource affiliates
TOP STORIES