KABC
ANAHEIM, Calif. (KABC) -- Bruno, an Anaheim Police K9 dog who was shot by a gang member during a manhunt in March, was released from Yorba Regional Animal Hospital on Friday. After several surgeries, he headed home to continue his recovery.

Bruno officially retired from the force and will be a full-time family dog with his handler, Officer R.J. Young.

Anaheim's hometown hero was pepped up and ready to go on Friday, bounding out of the hospital and straight to his patrol unit amid a cheering crowd.

"I can't tell you how excited I am to get him home," said Young. "Having my partner by my side again is going to be an absolutely amazing thing."

Bruno has spent six weeks in the hospital undergoing several surgeries after he was shot by a suspect fleeing police in March. Officers returned fire and killed the gunman.

"Our community was in peril and was facing a very dangerous situation, and Bruno put himself in the line of fire, our first canine officer to be shot in the line of duty," said Anaheim Mayor Pro Tem Kris Murray.

The road to recovery was a long and emotional one. The bullet shattered the 7-year-old German shepherd's jaw and embedded into the muscles of his chest, causing his lung to collapse. A couple of weeks into his treatment, he had a huge setback when he got bloat.

"He's been doing extremely well," said Dr. Steven Dunbar, founder and owner of Yorba Regional Animal Hospital. "From what we can tell, he's pretty much back to normal. There's still some healing that's going to occur for his jaw as the bone continues to heal, but he's happy, he's active, he's eating, he's doing everything on his own, and he's ready to go."

Bruno's heroism touched hearts around the world. He received encouragement and well wishes from as far away as Sweden and Canada.

"The support has been extremely overwhelming, from my city to my state to my country to around the world," said Young. "It's been unbelievable. The biggest thing is, I want to say thank you, because it's because of all the support and the thoughts, the prayers, it's because of all that that we are here so fast. There's no doubt in my mind that that's what got Bruno through this."

There will be a retirement ceremony for Bruno on May 13 at Anaheim City Hall as part of the city council meeting, and the public is encouraged to join.

The city is also raising private funds for monuments at two new dog parks that are opening later this year to honor Bruno and the entire K9 unit.

Bruno will also be the grand marshal at the annual Fourth of July parade this year in Anaheim Hills. 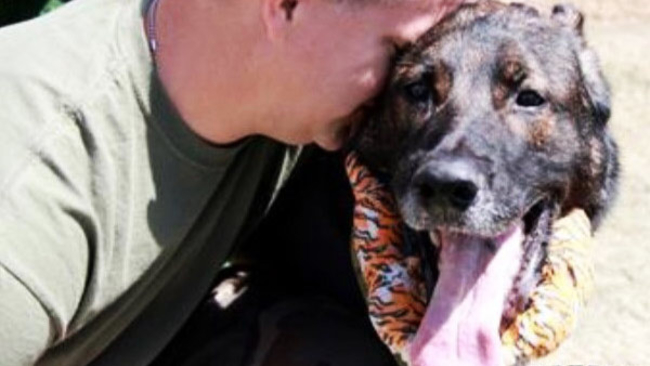