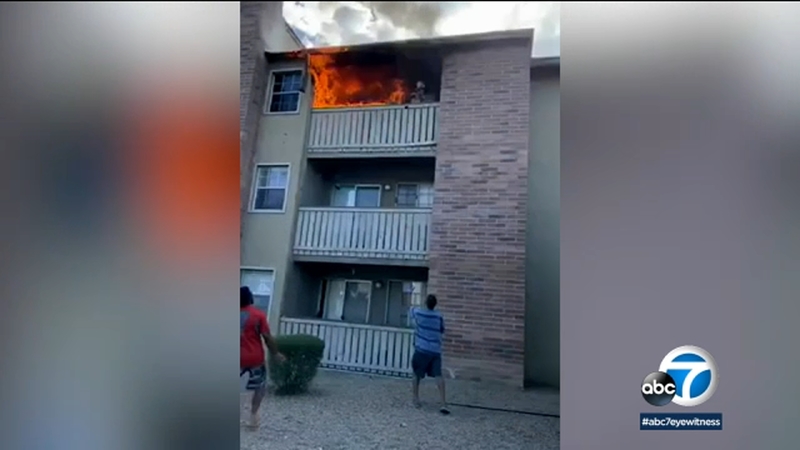 PHOENIX (KABC) -- It was a heart-stopping moment -- a mother trapped inside a burning Phoenix apartment. Her last action was flinging her 3-year-old son to safety off the third-floor balcony.

Phillip Blanks, 28, made a gridiron-worthy dive, catching the toddler just before he hit the ground.

Another nearby family was forced to throw their son and dog to safety as their unit burned down as well.

Neighbors who rushed to help described what they saw.

"When we kicked the door down that's when I seen flames come in. That's when I heard the screaming, so I just went into the apartment and grabbed the little girl, and I realized when I dragged her out, she was severely burned from top to bottom," said neighbor Leonard Thompson.

"The mother threw the second child over the balcony while she was burning and I saw her in flames, head to toe. She was burning but she didn't make it out," said neighbor Juanita Williams.

The children's 30-year-old mother died in the fire. Their father was at work when the blaze broke out.

The cause is still under investigation.

Fire investigators are asking for the public's help identifying those involved in a brush fire that's burned at least 100 acres and forced evacuations near Running Springs on Friday.