Indiana once tried to define pi digits as 3.2; bill almost passed before Purdue professor stepped in

What is pi? Irrational number famously extends without repeating
ABCNews
By Evan McMurry 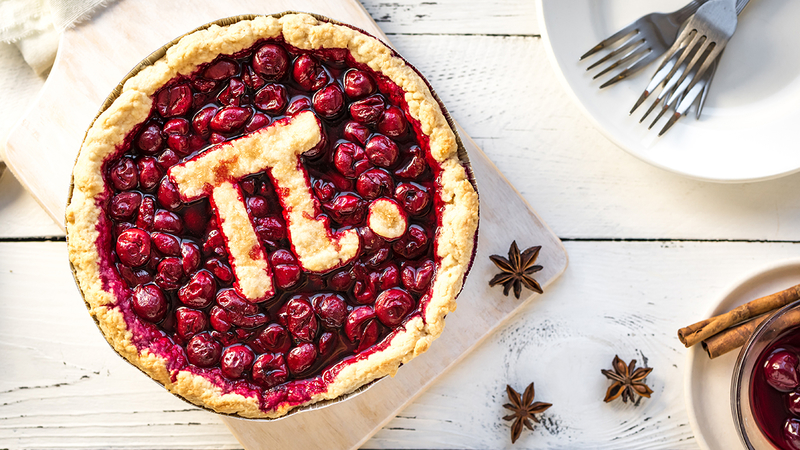 What is Pi Day?

The ratio of a circle's circumference to its diameter, pi is a number that famously extends forever without repeating, and has scored an elite spot in pop culture's superficial appreciation of mathematics.

All that could have been different, however, if the efforts of one Edward J. Goodwin of Indiana had succeeded -- or if a mathematics professor hadn't stopped him, ABC News reports.

A rural physician in the late 19th Century, Goodwin dabbled in mathematics and came to believe he had solved several of the world's most vexing mathematical problems.

Among them: squaring the circle. To make his esoteric formula work, Goodwin replaced pi with a far simpler, but incorrect, number: 3.2.

Goodwin tried to popularize his theories, with little luck, until 1897, when he convinced the Indiana State Legislature to take up his cause.

Taylor I. Record introduced what became known as Indiana Bill No. 246: "A bill for an act introducing a new mathematical truth and offered as a contribution to education to be used only by the State of Indiana free of cost by paying royalties whatever on the same."

The legislation was so little understood by the those considering it, it was initially referred to the House Committee on Canals.

But mathematical certitude may not have been Indiana lawmakers' sole motivation.

RELATED: Why Pi Day lands on March 14 and how to celebrate with pizza deals

Were the world to adopt Goodwin's copyrighted number, the thinking went, textbook publishers everywhere might be forced to pay him royalties -- except the state of Indiana, which would receive use of Goodwin's discovery free of charge.

Perhaps this fiduciary enthusiasm explains why a committee (not the one on canals) favorably reported the bill. It then passed the Indiana House of Representatives on a unanimous vote, though it was unclear whether any of those who endorsed the bill's passage could explain what on earth it meant.

Meanwhile, according to "Pi: A Source Book," the effort was becoming the target of mockery in local and eventually national press.

"An Illinois circle or a circle originating in Ohio will find its proportions modified as soon as it lands on Indiana soil," snarked one editorial at the time.

Fortunately for mathematical history and Pi Day celebrants everywhere, Purdue mathematics professor Clarence A. Waldo was present at the statehouse as the Senate took up the bill -- in the Indiana Senate, it landed in the Committee for Temperance! -- and was shocked "when he discovered that he was in the midst of a debate upon a piece of mathematical legislation."

He was even more shocked when he learned what the debate was about. Waldo intervened, ensuring the senators were "properly coached," keeping the bill from passing the second chamber.

Asked if he wanted to meet Goodwin, the professor later recalled that he "declined the courtesy with thanks, remarking that he was acquainted with as many crazy people as he cared to know."

Goodwin, "doomed to disappointment," passed away only five years later, "the child of his genius still unreceived by the scientific world," according to one local obituary.