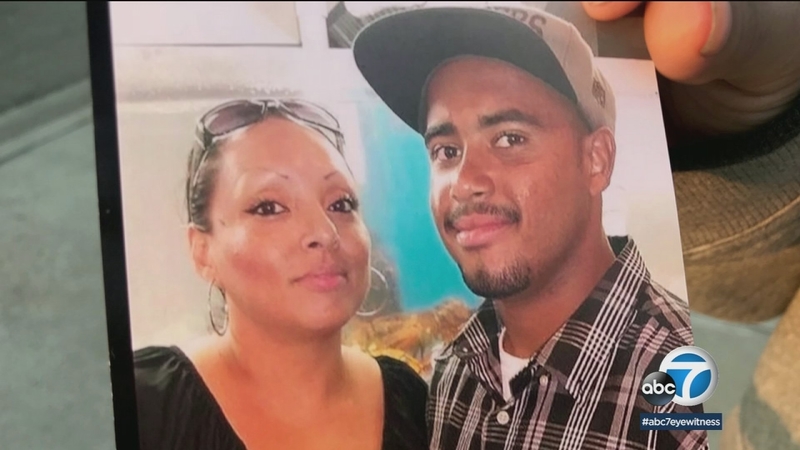 PICO RIVERA, Calif. (KABC) -- An armed DUI suspect was shot and killed in a deputy-involved shooting after a vehicle pursuit ended in a crash early Thursday morning in Pico Rivera, authorities said.

According to the Los Angeles County Sheriff's Department, the brief car chase happened about 1:30 a.m. near the suspect's home. The man slammed into a power pole and a parked car and allegedly exited the vehicle with a handgun.

Deputies opened fire and the suspect ran away, prompting a foot pursuit, investigators said. Shortly before 2 a.m., three deputies confronted the man in the 7100 block of Pico Vista Road and opened fire, striking him, according to the Sheriff's Department. He was shot at least one time in the upper body and was pronounced dead at the scene, authorities said.

A distraught woman at the scene said the deceased man was her son, 22-year-old Carmelo Pizarro, who was killed in front of their home. The woman, Maria Reza, insisted that Pizarro was not armed, adding that he is survived by a 5-year-old daughter.

"He wasn't even walking towards the sheriffs, the sheriffs were following him. They cornered him and then I just heard gunshots, at least six gunshots," Reza said. "When I went to the middle of the street to see, they dragged him out of the little corner where they cornered him, they flipped him on his stomach and they handcuffed him."

Deputies said the suspect's gun was recovered, adding that the weapon was tossed into a nearby yard.

"Investigators are going to speak to the family and explain to them the different layers that this investigation's going to take place," said sheriff's Lt. Joe Mendoza. "That is what we try to convey to the family -- that we are fact-finders and that the details of this will be figured out over time.

"We are trying to be as supportive as we can with them and give them resources," the lieutenant said.