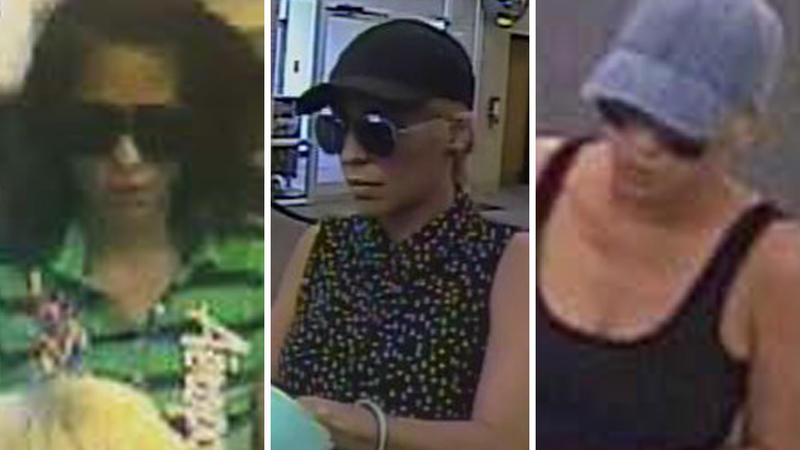 CHARLOTTE -- A woman who is taking her bank-robbing scheme across the country has now hit North Carolina twice, the FBI says.

The Federal Bureau of Investigation is asking everyone to be on the lookout for the Pink Lady Bandit, who they say has robbed four banks in three different states in the last seven days.

The #PinkLadyBandit struck again in NC. She hit a bank in Hamlet yesterday. The #FBI is offering a reward of up to $10,000. The same suspect has robbed banks in at least 3 states. @FBIPhiladelphia @FBIBaltimore Help us identify her and get her into custody safely. pic.twitter.com/H8fOAjoaeg

The first robbery happened on July 20 at the Orrstown Bank in Carlisle, Pennsylvania. She then moved her operation south to Rehoboth Beach, Delaware, where she robbed the M&T Bank on July 23. In her third robbery, she went to the Southern Bank in Ayden, North Carolina.

Most recently, she robbed the BB&T off Raleigh Street in Hamlet, North Carolina, the FBI believes.

In each case, the woman showed the bank teller a note demanding money, officials said. She's also been carrying a distinctive pink handbag in two of the three robberies, which is why she was dubbed the Pink Lady Bandit.