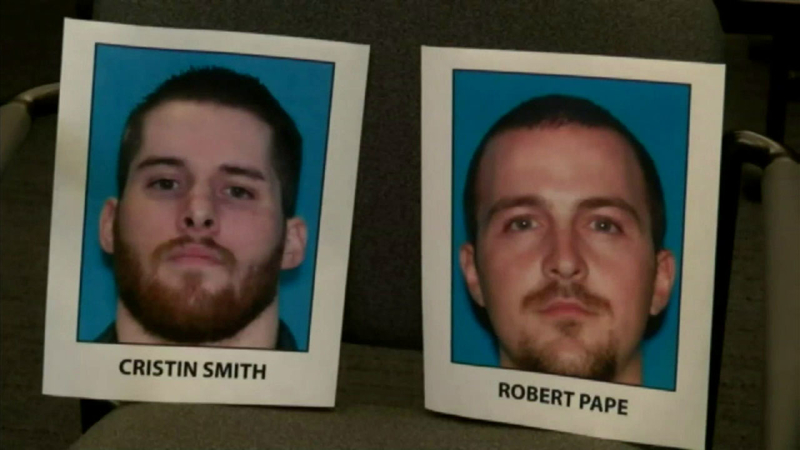 RIVERSIDE, Calif. (KABC) -- Twelve years after a triple murder in the Pinyon Pines community of Riverside County, two men have been found guilty on most of the charges.

Robert Pape and Cristin Smith had been accused of murder in connection with the 2006 deaths of Becky Friedli, her mother Vicky Friedli and her mother's boyfriend, Jon Hayward.

Both Pape and Smith were found guilty of first degree murder of Vicky Friedli and Jon Hayward.

Pape was found guilty of second-degree murder in Becky Friedli's death, but Smith was found not guilty in her murder.

"I waited 11 years, nine months for this day and I'm very happy," said John Friedli, the father of Becky and ex-husband of Vicky. "I'm glad to see that they were found guilty and I think the whole Coachella Valley can sleep better now."

Sentencing is expected to take place Aug. 10. The two are eligible for life without the possibility of parole. The death penalty was not on the table.