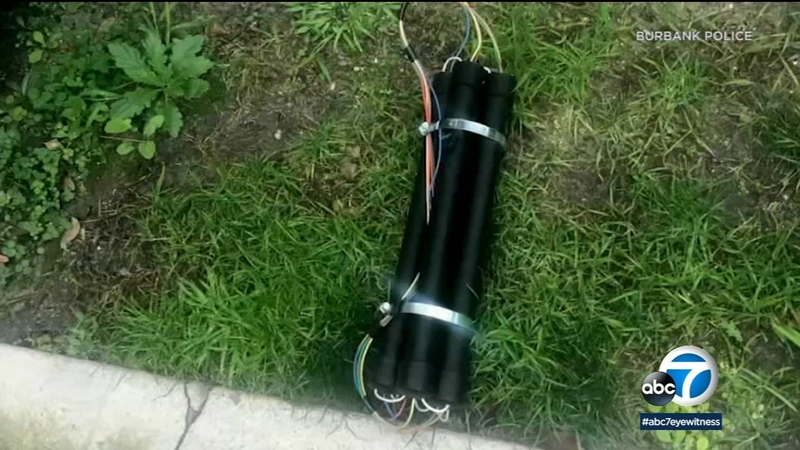 BURBANK, Calif. (KABC) -- A residential neighborhood in Burbank was shut down for several hours Wednesday morning as authorities investigated a suspicious device resembling a pipe bomb.

According to the Burbank Police Department, the item was discovered in the 200 block of Hollywood Way around 7:30 a.m. Members of the police and sheriff's bomb squads responded to the scene, which was cordoned off as multiple streets were closed.

Video from AIR7 HD showed a bomb squad member in a protective suit and a police robot examining a device comprised of multiple elongated black objects in the courtyard of an apartment building.

UPDATE: Device has been deemed safe and does not contain any explosive material. The device resembled a television/movie prop. The origin of the device is currently under investigation. Traffic lanes have been re-opened & all evacuation orders lifted. Thank you for your patience. https://t.co/ZRz9XOW033

The streets were reopened and authorities departed from the scene shortly before 11 a.m.

Police later announced the device, which resembled a movie prop, had been deemed safe and did not contain any explosive material.