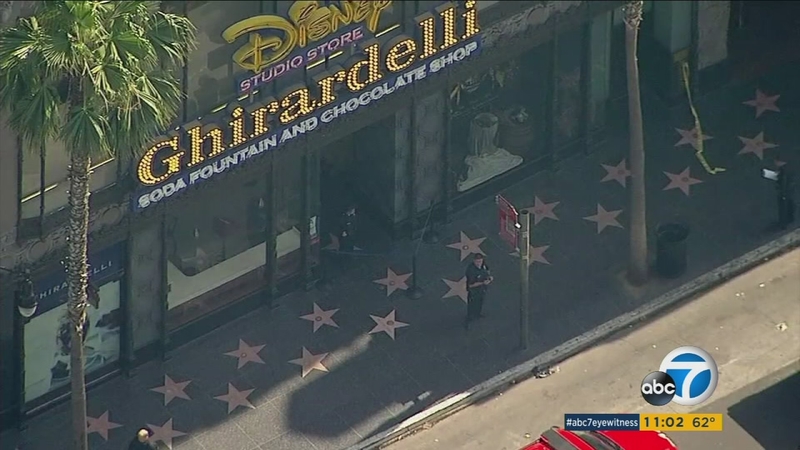 Los Angeles police were at the scene of the shooting about 3:30 p.m. in the 6800 block of Hollywood Boulevard near the El Capitan Theatre, a popular tourist area in Hollywood.

Police said the pit bull was with a possible robbery suspect in the store and after a confrontation with the off-duty LAPD officer, the animal attacked the cop and an off-duty security officer. Soon after, the LAPD officer fired at the dog.

The animal was reported to have a gunshot wound to the face. Witnesses said the pit bull was seen running around the store, leaving a trail of blood throughout the shop. The dog was transported to an animal hospital in unknown condition.

The two officers bitten were also transported to hospitals. Their conditions were not immediately known.