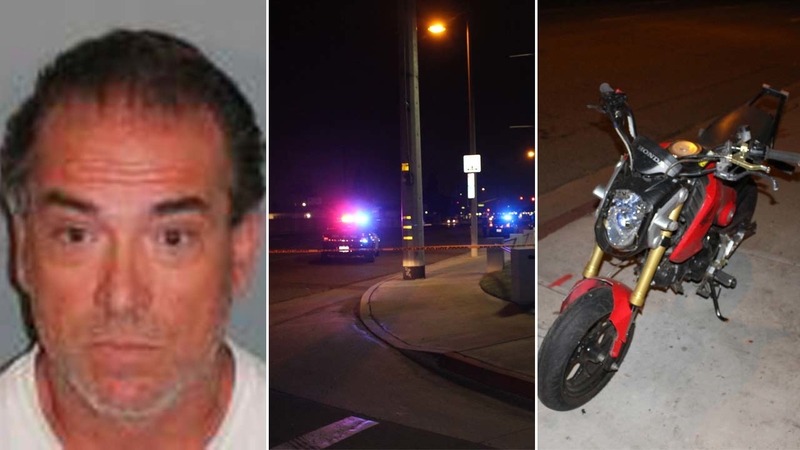 PLACENTIA, Calif. (KABC) -- A man was arrested on suspicion of attempted murder after he allegedly struck a motorcyclist with his truck on purpose in a road-rage incident in Placentia.

The incident occurred Monday shortly after 6 p.m. near the intersection of Orangethorpe Avenue and Hundley Way.

Placentia police said Michael Eugene Begin, who was driving a dark blue Chevrolet Silverado pickup truck, purposely clipped the rear tire of a motorcyclist from behind.

The rider was ejected from the motorcycle and struck a wall on the north side of the street, authorities said. The motorcyclist was transported to a local hospital in critical condition.

The motorcycle continued up onto the north sidewalk of Orangethorpe Avenue and struck a pedestrian, who was transported to a hospital with a broken leg.

Police said Begin made no attempt to stop and render aid. Instead, he fled the scene on the westbound 91 Freeway.

Tuesday, police arrested Begin at a job site in Laguna Woods after a witness was able to give investigators a license plate of the Silverado. Begin was booked for attempted murder at the Placentia Police Department and taken to Orange County Jail.