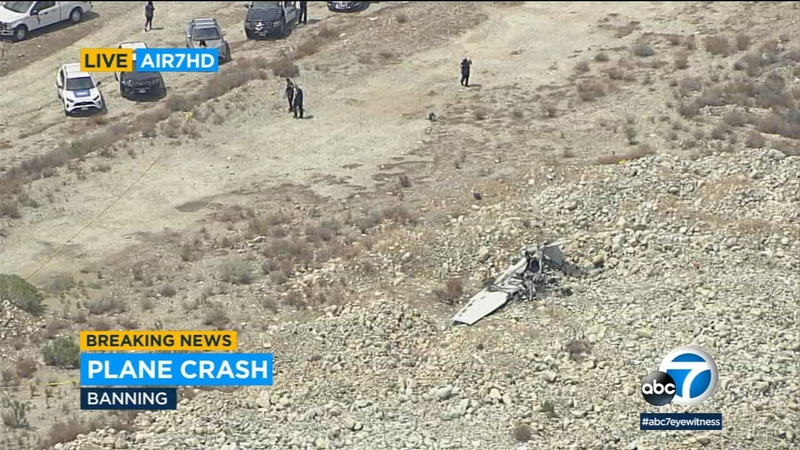 Plane with 2 people on board crashes in Banning

The unidentified plane crashed in a field around 9:30 a.m., according to the Federal Aviation Administration.

After receiving multiple reports of a plane down, responding firefighters extinguished a small fire ignited by the crash, according to the Riverside County Fire Department.

Nobody on the ground was injured, but the two sole occupants of the aircraft were pronounced dead at the scene.

The FAA and National Transportation Safety Board will investigate the cause of the crash.


Report a correction or typo
Related topics:
banningriverside countycrashplane crash
Copyright © 2021 KABC-TV. All Rights Reserved.
TOP STORIES
Search resumes for Brian Laundrie in Gabby Petito case
Heat advisories issued for most of SoCal on first day of fall
California struggles to conserve water amid historic drought
Growing scam targets Bank of America and Zelle customers
Woman safe after video of possible abduction in Bell Gardens
Movie and film workers might be headed toward a strike
FDA expected to authorize limited wider use of Pfizer booster
Show More
Who is running for mayor of LA? Here are the top contenders
Anti-Black bias events most prevalent in 2020: CA attorney general
Suspects in Kristin Smart disappearance could face trial
Willie Garson, known for 'Sex and the City,' dies at 57
Officials: Many Haitian migrants are being released in US
More TOP STORIES News