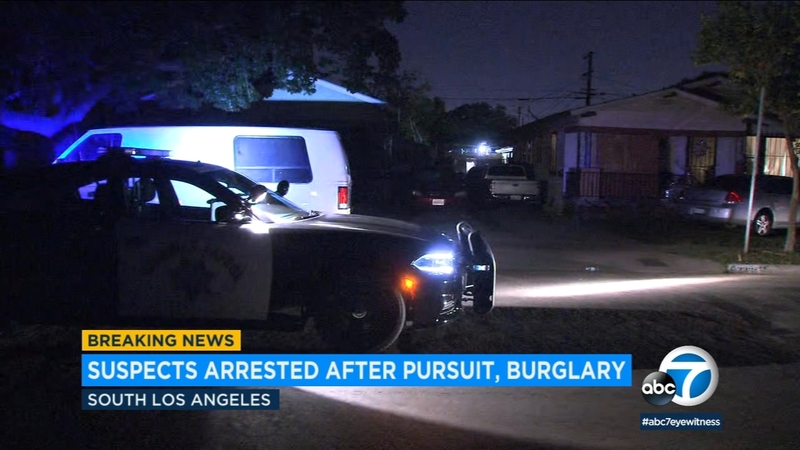 SOUTH LOS ANGELES (KABC) -- Two suspects were arrested Wednesday morning in South Los Angeles after a burglary at an optometry store in Westminster led to a police pursuit, authorities said.

The break-in occurred about 2:30 a.m. in the 15000 block of Goldenwest Street, said Cpl. Alan Aoki, a spokesman for the Westminster Police Department.

Officers pursued the suspects, whose silver Honda reached speeds of up to 100 mph on the 405 Freeway. The chase made its way into Los Angeles County, where it was taken over by the California Highway Patrol.