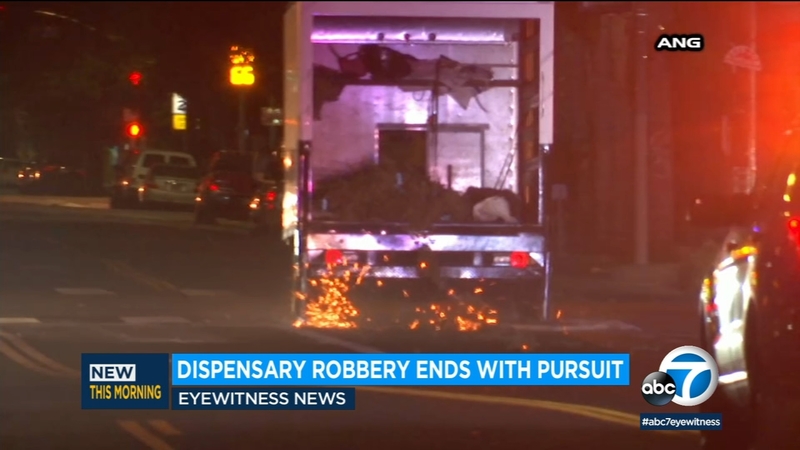 It happened when police responded to a reported burglary and shooting at a marijuana grow operation on the 900 block of Venice Boulevard.

When police arrived on scene, they say the suspects took off in a box truck as they were loading it up.

The video shows the lift gate falling out of the back of the truck as police pursue the fleeing suspects.

As officers pursued the truck, large cannabis plants started falling out, and sparks from the vehicle flew.

The vehicle eventually became disabled and the suspects were taken into custody in South Los Angeles.

No one was hurt.