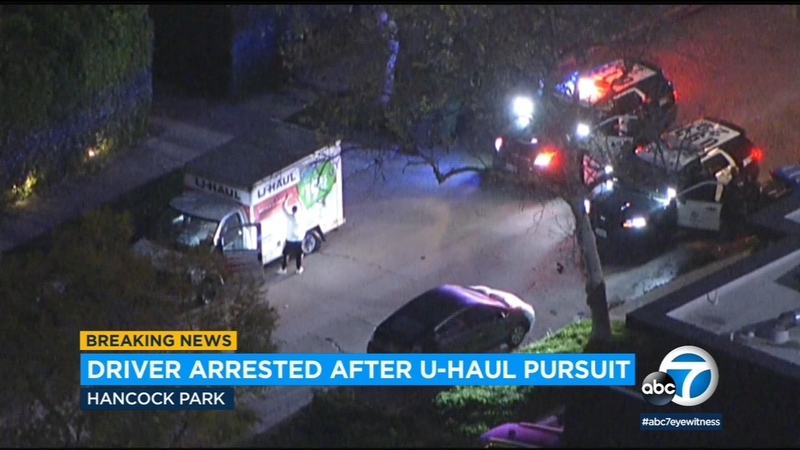 LOS ANGELES (KABC) -- A suspect accused of stealing a U-Haul box truck was taken into custody Friday morning after leading police on an hours-long, slow speed chase through Los Angeles.

Officers attempted to stop the suspect several times with spike strips, but he continued to drive the truck through the Miracle Mile and Mid-City areas, traveling at about 5 miles per hour.

Video from the scene showed all of the truck's tires were blown out.

The chase continued into the Hancock Park area around 5:45 a.m. where the driver stopped on South Sycamore Street, which has been shut down for construction. Residents were advised by police to stay in their homes during the standoff.

The suspect surrendered around 6:15 a.m. and was taken into custody without further incident.

It is unclear where the pursuit began.