The legislation would cut between $100 million and $150 million in funding for the Los Angeles Police Department's 2020-21 budget.
KABC 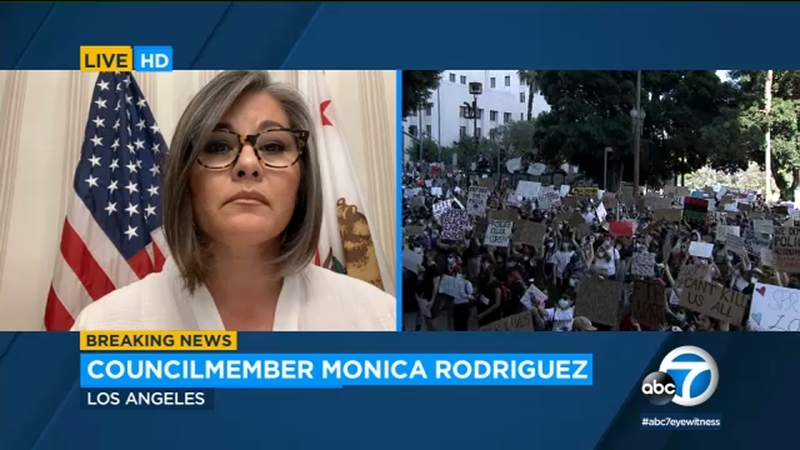 LOS ANGELES (KABC) -- Three Los Angeles City Council members introduced legislation on Wednesday that would reduce funding for the Los Angeles Police Department and shift the funds to other services. The proposal comes amid another day of protests that drew thousands in Los Angeles.

Officials said the legislation would "reprioritize public safety dollars in order to reinvest funding for other vital services, including those to uplift disenfranchised communities," according to a news release.

The proposal to reduce LAPD funding has support from the entire City Council and Mayor Eric Garcetti, officials said.

The City's Budget and Finance Committee will meet on June 8 to begin budget deliberations, including the proposed cuts to LAPD funding.