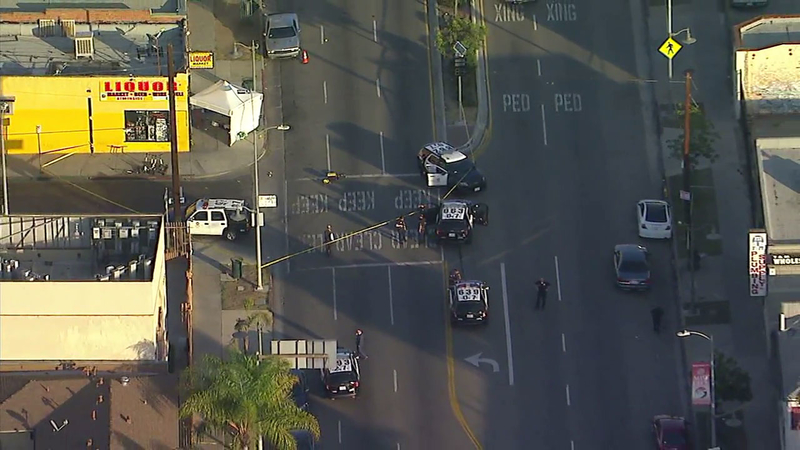 MID-CITY, LOS ANGELES (KABC) -- Los Angeles police are looking for a suspect after one person was shot and killed in the Mid City area Tuesday afternoon.

The shooting was reported around 2:43 p.m. in the area of Washington Boulevard and La Brea Avenue.

Police found a man, approximately 40 years old, at the scene and unconscious. He was later declared dead.